Alia Bhatt with Ayan Mukerji and Hrithik Roshan at a Durga Puja pandal in Mumbai.

Alia Bhatt, Rani Mukerji, and Hrithik Roshan were the celebrity guests at one of Mumbai's oldest pujos, the North Bombay Sarbojanin Durga Puja Samiti, organised by filmmaker Ayan Mukerji's father Deb Mukerji. Ayan's cousin Kajol also visited the pandal with her mother Tanuja and sister Tanishaa. Ayan Mukerji was the best host as he greeted and welcomed his friends for darshaan of goddess Durga. Rani Mukerji caught up Alia and Hrithik at the pandal. Alia was dressed in a red saree while Rani looked gorgeous in a bright pink saree. Kajol on the other hand wore a traditional pink saree. Hrithik Roshan, who earlier in the day attended veteran actor Biswajit Chatterjee's family Durga Puja in Juhu, arrived at the venue casually dressed in a black t-shirt, black trousers and brown shirt.

The Maha Navami celebrations at the venue looked vibrant. Here are inside pictures from the Durga Puja celebration: 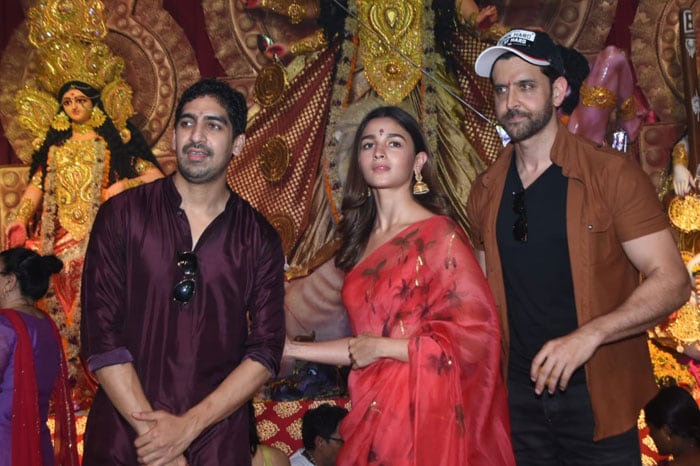 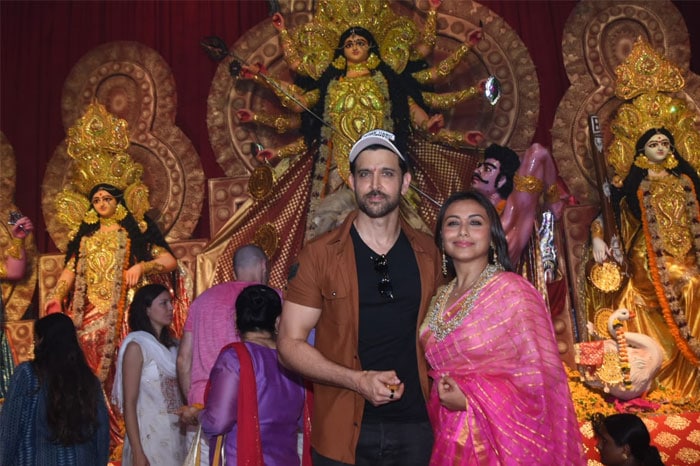 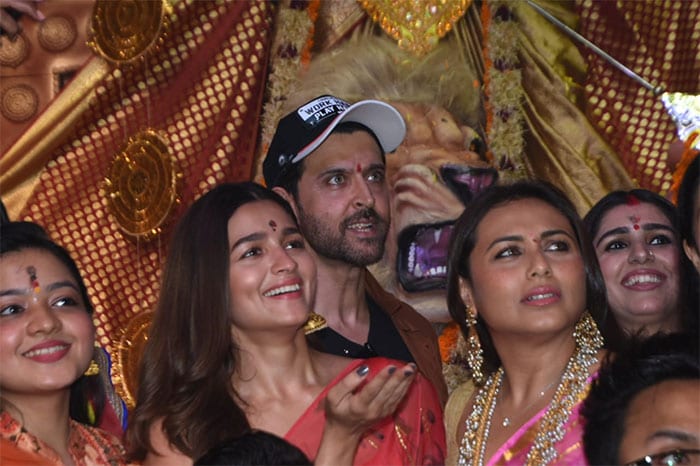 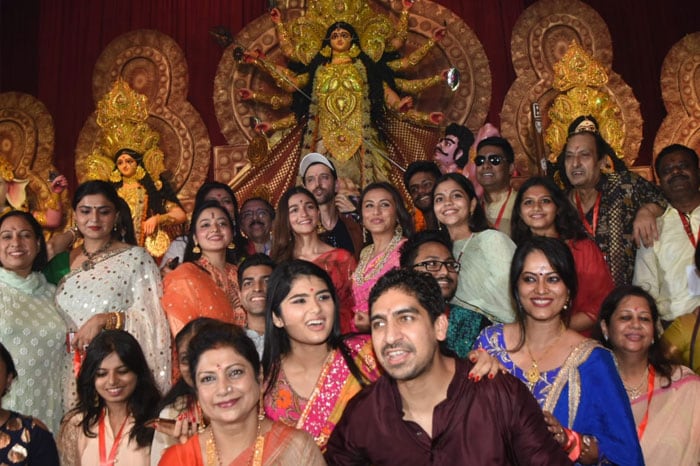 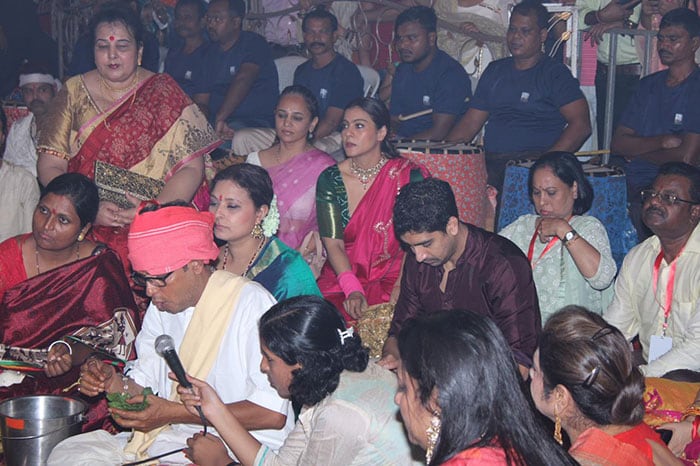 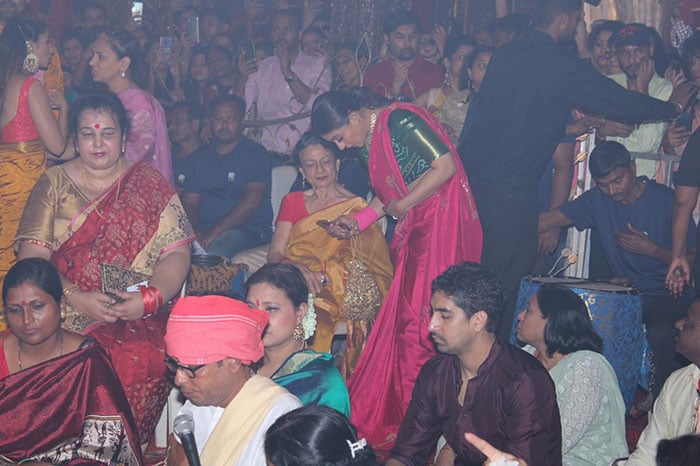 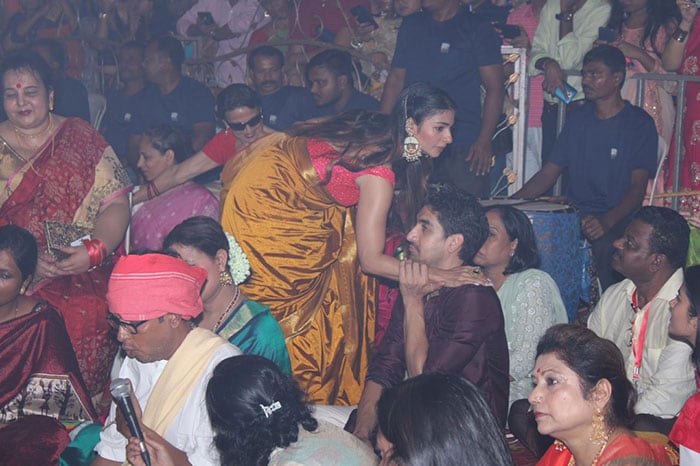 Earlier in the day, Hrithik Roshan attended the Biswajit Chatterjee's family Durga Puja with his filmmaker father Rakesh Roshan. Hrithik and Rakesh were photographed chatting with Biswajit Chatterjee and his daughter Prima Shambhavi Chatterjee at the pandal. The duo sought blessings from Maa Durga. 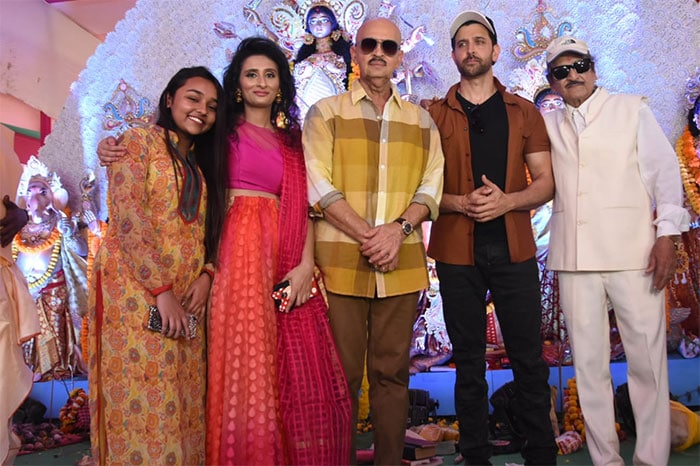 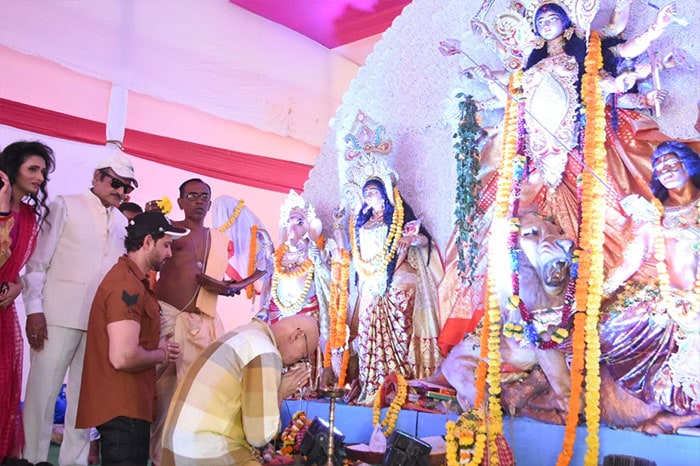 Durga Puja festivities, which started on October 4, will conclude on Tuesday.

On the work front, Hrithik Roshan was last seen in War while Alia Bhatt is currently prepping for Ayan Mukerji's Brahmastra. Kajol will reportedly be seen in Tanhaji: The Unsung Warrior, which stars her husband Ajay Devgn. Rani Mukerji's Mardaani 2 will open in theatres in December this year.