Makhna is an out and out party song and is the perfect ingredient you need to get everyone grooving on the dance floor. 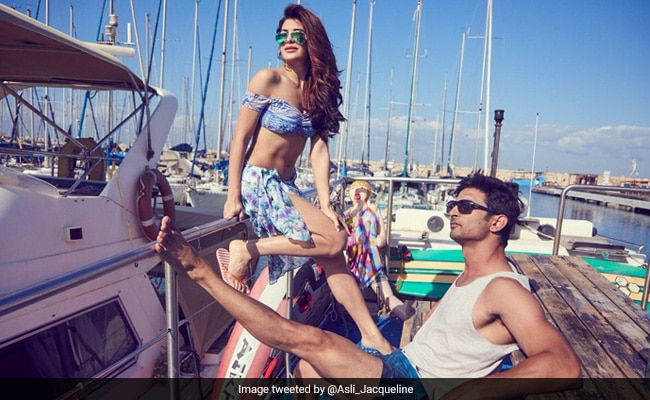 Jacqueline Fernandez and Sushant Singh Rajput just dropped the first song Makhna from the playlist of their Netflix film Drive. Makhna is an out and out party song and is the perfect ingredient you need to get everyone grooving on the dance floor. Drive is said to be a heist action thriller but not much is known about its storyline. The cast of Drive is headlined by Jacqueline Fernandez and Sushant Singh Rajput and also features actor Vikramjeet Virk and Sapna Pabbi in key roles. The song Makhna is actually a collage of the fun moments this quartet of friends spend on a vacation in Israel.

The song begins with Jacqueline, Sushant, Vikramjeet and Sapna checking into their villa and then shifts to envy-inducing glimpses of a pool party and then a night out. When on vacation, one can never party enough and hence, Sushant and Jacqueline take the party to a yacht and let their hair down.

One more thing from the Makhna video deserves special mention - Jacqueline's super-trendy vacation wardrobe. From tropical print bikinis to open front jumpsuits, Jacqueline is chic and stunning in every frame of Makhna.

The party anthem has been sung by Tanishk Bagchi, Yasser Desai and Asees Kaur. Watch Makhna from Drive here:

Drive has been produced by Karan Johar's Dharma Productions and has been written and directed by Tarun Mansukhani. Drive, which was supposed to have a theatrical release earlier in September, will now release on Netflix on November 1.