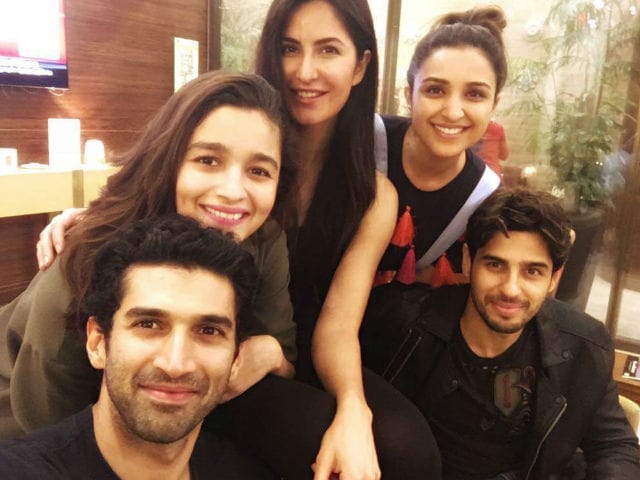 This image was posted on Facebook by Katrina Kaif

New Delhi: Katrina Kaif is our favourite member of the Dream Team which is flying to the US for a series of concerts staring August 13. The Dream Team comprises actors Katrina Kaif, Alia Bhatt, Parineeti Chopra, Varun Dhawan, Sidharth Malhotra, Aditya Roy Kapur in addition to rapper Badshah and filmmaker Karan Johar.

En route to the US, Katrina shared an in-flight video in which she showed what her co-artistes are up to. Aditya, who has worked with Katrina in Fitoor was revising his dance moves and as Katrina says, "He thinks he's become Prabhu Deva."

Next is Alia, who can't stop twerking, "thinks she's become Rihanna," says Katrina. Parineeti is all confident of her dance, she's on the next step - practicing her thank you speech.

Katrina next shows that Sidharth, her co-star of Baar Baar Dekho, is busy on call (or at least pretending).

And as for Katrina, here's what she is doing:


Earlier, Katrina had also shared a glimpse of her dance routine: