"Why have you deleted all your posts? Is everything okay?" commented one of Armaan Malik's fans on his post 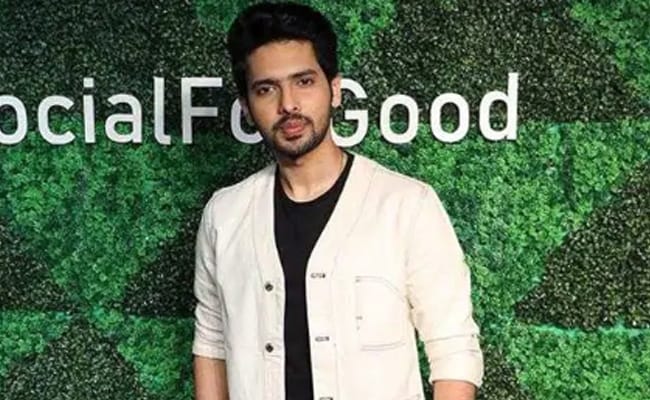 Armaan Malik photographed at an event.

Singer Armaan Malik reassured fans in a tweet, asking them not to worry about him, after concern grew over his Instagram account. Late on Tuesday night, the singer deleted all posts from his Instagram, leaving his eight million followers surprised. Armaan erased every single post, his display picture and even his bio before posting a black graphic with text that read, "I can't take it anymore." His followers were instantly worried, asking him if he was okay and if his account had been hacked. Television actor Suyyash Rai also commented: "Has the account been hacked?" while Armaan's fans wrote: "Armaan what happened? You're giving us real tension" and "are you okay?" One concerned follower wrote: "Why have you deleted all your posts? Is everything okay? while another commented: "We are getting more worried about you." Thirteen hours after the cryptic post, Armaan Malik posted this tweet: "Time reveals everything. Don't worry."

Armaan Malik has removed all his posts from the photo sharing app but has kept the IGTV (Instagram TV) videos as it is on his profile.

Last year, in an interview to Pinkvilla, Armaan Malik, who started working at the age of 9, opened up about battling depression and revealed that when he came out of his low phase, he unfollowed a few people on social media. "Heartbreaks does not happen only in terms of love, your heart can be broken and be sad for a number of things. I was also going through a number of things emotionally and work-wise. I felt 2018 was not that great year for me which is why I started travelling, just spending some time alone, just trying to explore things. I am working since the age of 9 and I feel that somewhere I haven't enjoyed my life much. I think a lot of it stems from social media when you see other people posting," he told the publication and added: "After I got out of the low phase, I unfollowed people I did not want to see on a daily basis... The only place I feel I will get love is my fans."

He is the brother of music composer Amaal Malik and nephew of composer-singer Anu Malik.