The 25-year-old actor, recently returned from a vacation to the island with his Khaali Peeli co-star Ananya Panday 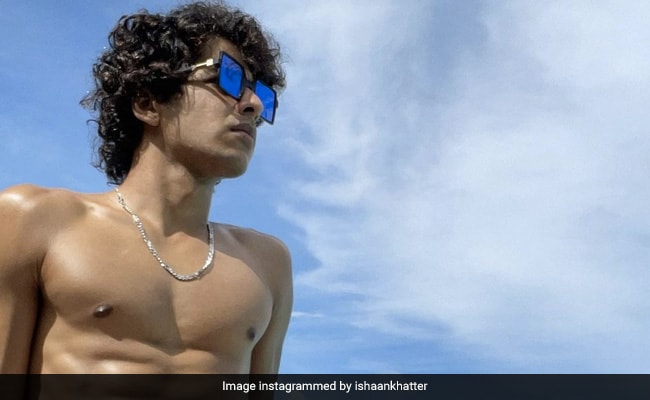 Ishaan Khatter left his heart in the Maldives and who can blame him? The 25-year-old actor, recently returned from a vacation to the island with his Khaali Peeli co-star Ananya Panday, shared a picture pf himself from his vacation album. The photo is of Ishaan lounging artistically on wooden decking against the unbelievable blues of the sea and the sky and is accompanied by this quote attributed to martial arts legend Bruce Lee: "Empty your mind, be formless, shapeless - like water. Now you put water in a cup, it becomes the cup; You put water into a bottle it becomes the bottle; You put it in a teapot it becomes the teapot. Now water can flow.. or it can crash. Be water, my friend."

Ishaan Khatter and Ananya Panday were spotted together at Mumbai airport some days ago - soon, they were posting pictures, mostly solo ones, from their holiday on their respective Instagram accounts. This week, Ishaan shared a montage of footage from the Maldives in which Ananya appears briefly and is also credited as "muse" in the caption.

Ishaan and Ananya returned to Mumbai some days ago and attended Deepika Padukone's birthday party on Tuesday.

Ishaan Khatter debuted in Majid Majidi's Beyond The Clouds; his first Bollywood film was 2018's Dhadak. Khaali Peeli released last year as did Mira Nair's adaptation of A Suitable Boy in which Ishaan played the pivotal role of Maan Kapoor opposite Tabu as courtesan Saeeda Bai. Ishaan will next be seen in Phone Booth.