Pooja Sharma, who played the role of Poorvi in Diya Aur Baati Hum, reportedly delivered a baby girl on August 16 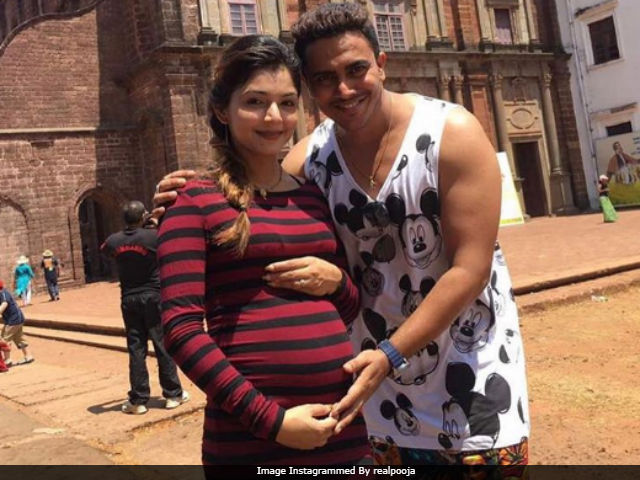 New Delhi: Television actress Pooja Sharma, who played the role of Poorvi in Diya Aur Baati Hum, delivered a baby girl on August 16, husband Pushkar Pandit told the Indian Express. "It's like a dream for us till now. Both mother and daughter are doing good. Our lives have completely changed after God gifted us this beautiful child. It has become amazing," he said. Pooja and Pushkar, who is a director, first met on the sets of Tu Mera Hero. The couple got married last year in February. Pooja had announced her pregnancy on social media a few months ago and her baby shower was held in June.

Cant wait for the little one to come out! Spark in our eyes and so much of love in our hearts already #godbharai #parentstobe #bestestfeeling

Promoted
Listen to the latest songs, only on JioSaavn.com
Of parenthood, Pushkar told Indian Express, "Our family is finally complete and it's the best feeling. We keep looking at her even when she is sleeping for the fact that we are parents is yet to sink in. I keep teasing Pooja that the baby is like me but I know she is like her, for she is very beautiful. I am happy that she has got my eyes though. When Pooja was pregnant, everyone kept telling us that it will be a boy as the signs suggested but we both wanted a girl. She is our little princess and now everything we do will be to build a happy empire for her."

Pooja debuted as an actress in 2011 with Ruk Jaana Nahi. Diya Aur Baati Hum and Tu Mera Hero are the other television shows Pooja has been a part of.