Read inOther Languages
This Article is From Dec 31, 2018 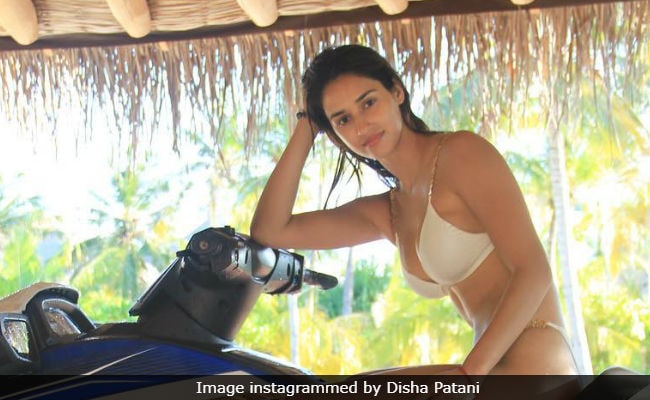 Disha Patani outed her plan to welcome the New Year in an Instagram post, which is killing the Internet. Disha Patani shared a picture of herself seated on a Jet Ski and captioned it: "Eat, sleep, swim repeat. So, how are you guys celebrating your new year's?" The Baaghi 2 actress is currently on a (seemingly) solo vacation in an undisclosed location and she has been posting postcard-worthy pictures from her trip. Disha's latest post, which had over five lakh likes in an hour, sent the Internet into a meltdown. "Such a nice picture," wrote a smitten fan while another Instagram user added: "you look stunning."

In case you want to check out more pictures from Disha Patani's vacation:

After the vacation, Disha Patani will swing back into the filming of Bharat, her next project which is headlined by Salman Khan. Disha Patani plays the role of a trapeze artiste in a circus, in which Salman plays the role of daredevil motorcyclist. Earlier, Disha Patani had to take a break from the filming after she was injured while rehearsing for some stunts. The 26-year-old actress is reportedly performing all her stunts and had refused to use a stunt double for some cutting-edge sequence.

Apart from Salman Khan and Disha Patani, actresses Katrina Kaif and Tabu are also a part of Bharat's ensemble cast. Bharat is the adaptation of Korean war drama Ode To My Father, the rights of which were bought by Salman's brother-in-law Atul Agnihotri.

Bharat is directed by Ali Abbas Zafar (Sultan and Tiger Zinda Hai) and it is slated for Eid 2019 release.