Disha Parmar Is Busy "Sea-zing The Day" In Maldives

Disha Parmar is soaking up the Maldives sun 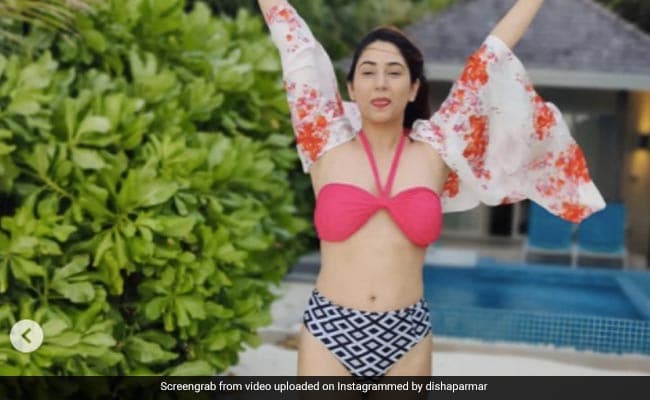 Hello there, Disha Parmar! The TV star checked into Maldives earlier this week and she is holidaying there with the usual suspect - her husband and singer Rahul Vaidya. Disha posted dreamy pictures from her Maldives getaway. In one set of pictures, she can be seen posing on the beach. In another, she can be seen chilling with her husband Rahul Vaidya. Disha Parmar also had the Maldives-special floating breakfast and didn't forget to document it. She captioned one of her post: "Sea-zing the day." Posting the picture of her scrumptious floating meal, the actress wrote: "Glute and float."

Sharing a super cut greeting for her husband, Disha wrote in her post: "Happy Birthday to the love of my life. Am lucky that I got you."

This is what she posted.

Rahul Vaidya proposed to Disha on national television. The singer proposed to actress Disha Parmar on her 26th birthday last year on Bigg Boss 14. The couple got married in July this year.

Rahul Vaidya became a household name after participating in the first season of the singing reality show Indian Idol. He has sung tracks like Do Chaar Din, Keh Do Na, Tera Intezaar, Aabhas Hai and Yaad Teri among others. He is currently seen in Khatron Ke Khiladi 11.