"Directors, Please Note:" Aditi Rao Hydari Looks This Happy When She Is "Alive." Read Her Post

Here's hoping to seeing the actress in more "alive" characters 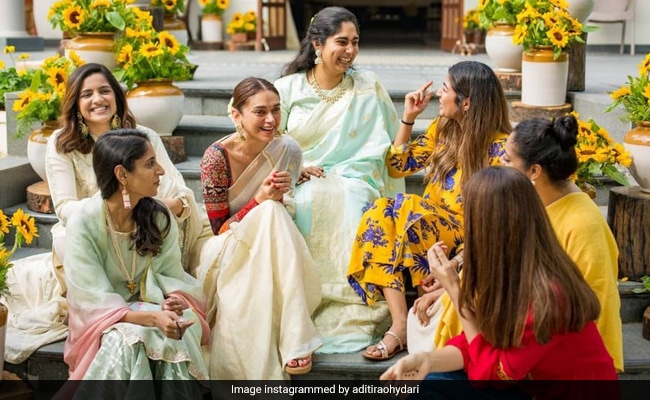 Aditi Rao Hydari, on Tuesday, shared a set of stunning pictures but it was her caption that had our attention. The actress dropped not so subtle hints, which were largely addressed to film directors. "That's how I look when I'm alive and laughing," wrote Aditi. She added the hashtags #DirectorsPleaseNote and #NotSoSubtleHints to her post. In case you are wondering what prompted Aditi to write what she did, we are here to help. The actress' character in her last few films such as V, The Girl On The Train and Sringaram, died tragically. Here's hoping to seeing the actress in more "alive" characters.

Just in case, Aditi Rao Hydari's message wasn't clear, she added another set of pictures and she wrote in her caption: "The sequel to my alive and smiling series. #DirectorsPleaseNote #SubtleSmiles #NotSoSubtleHints."

Aditi Rao Hydari awaits the release of Ajeeb Daastaans, which boasts of an impressive star cast. The film has been backed by Karan Johar's Dharma Productions and it will release on Netflix. Her upcoming films also include the Tamil film Hey Sinamika and the bilingual Maha Samudram. She was last seen in The Girl On The Train, co-starring Parineeti Chopra.

Can You Help Janhvi Kapoor Caption This Stunning Pic?