The Girl On The Train Trailer: Parineeti Chopra's Ride Into Abyss Of Obsession, Murder And Amnesia

The Girl On The Train trailer begins by introducing Parineeti Chopra - the protagonist named Mira Kapoor - as a stalker of sorts, who is obsessed with the life of Mobi Mehta 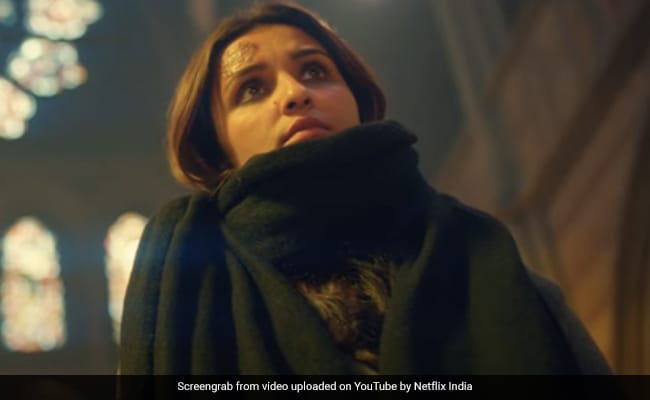 The Girl On The Train Trailer: Parineeti Chopra in a still (courtesy YouTube)

Parineeti Chopra has teased us with glimpses of The Girl On The Train in the past several times and yet the film's trailer will keep you glued to the screen all along. The Girl On The Train trailer begins by introducing Parineeti Chopra - the protagonist named Mira Kapoor - as a stalker of sorts, who is obsessed with the blissfully happy life of Mobi Mehta, played by Aditi Rao Hydari. "She's everything I lost," said Mira Chopra, who is an alcoholic divorcee. Mira's character is a little more complicated than just that. She also suffers from amnesia, which refers to loss of memories, after she met with a car accident in the past.

The trailer shows Mira's obsession with Mobi Mehta takes her to her Greenwich residence, following by a chase sequence in the jungle in the middle of the night. Next we know, Mobi Mehta has been found murdered in the woods and her death is being investigated. Kirti Kulhari, who is the investigating officer on the case, spots Mira's ID card in the jungle and tracks her down but Mira has no memory of that night.

Embroiled in the murder mystery, Mira tries to fill up the black spaces in her past and put together the unfortunate happenings on the night of the murder. In her attempt to recreate the dreadful night, Mira asks for "a phone, cash and a gun" and then begins her journey into the past. Is Mira guilty of murder? Even she doesn't know.

Watch the trailer of The Girl On The Train here:

The Girl On The TrainParineeti Chopra