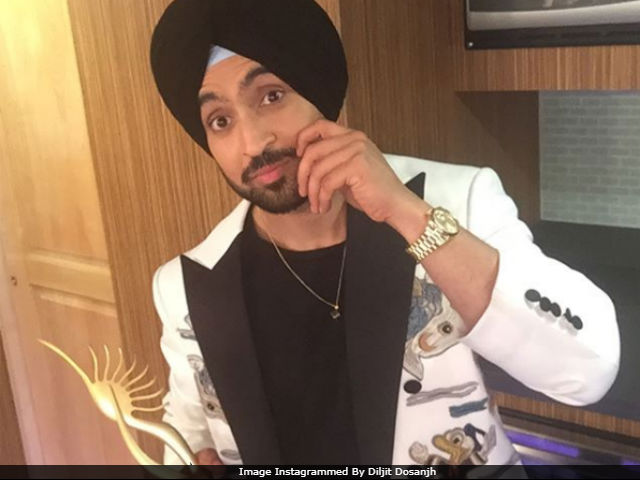 New Delhi: Diljit Dosanjh's reply to a report suggesting that the 33-year-old actor's Bollywood career is over is winning the Internet. The report stated that Diljit hasn't received any Hindi films offer due to the box office failure of his last release Phillauri. The headline read, "Diljit Dosanjh dumped again. Is his career in Hindi films over?" However, Diljit Dosanjh's reply is bang on. He quoted the report and tweeted, "Eh Pind Wala Jatt aa Hungama Saab. Par Thank Ju Khabran Ch Rakhna Lai. Chak Ke Rakho Kam." (I'm a grounded Punjabi, who is happy with what he has. But thank you for keeping me in news. Let's keep up with the good work). Diljit is already a star in the Punjabi film industry and debuted in Bollywood last year with Udta Punjab.

Earlier this week, DNA reported that actress Ileana D'Cruz, who was supposed to star opposite Diljit in the biopic of former Indian hockey captain Sandeep Singh, opted out of the film. "The dates for both, Diljit and Ajay Devgn's films, were clashing. She decided to choose the latter," a source told DNA. However, there's no official confirmation from either of the actor's side.

Promoted
Listen to the latest songs, only on JioSaavn.com
There were reports that Diljit might be casted in a film produced by Salman Khan and Akshay Kumar. But he refuted the reports and told news agency PTI, "I am not doing anything in it. It's a big film and a big subject. I am not in the film." But he did confirm that he has Kaneda in the pipeline with Anushka and Arjun Kapoor. "It's very different from what people have seen me doing. I loved the story of Kaneda," Diljit told DNA.

Diljit Dosanjh is also expected to star opposite Sonakshi Sinha in Crazy Hum. His last release was a Punjabi film Super Singh.