Dilip Kumar To Be Discharged Today. More Details As We Get Them

"Saab will be discharged from Lilavati Hospital at 4 pm. This is one great news. I'm on my way to the hospital," read the tweet from Dilip Kumar's profile 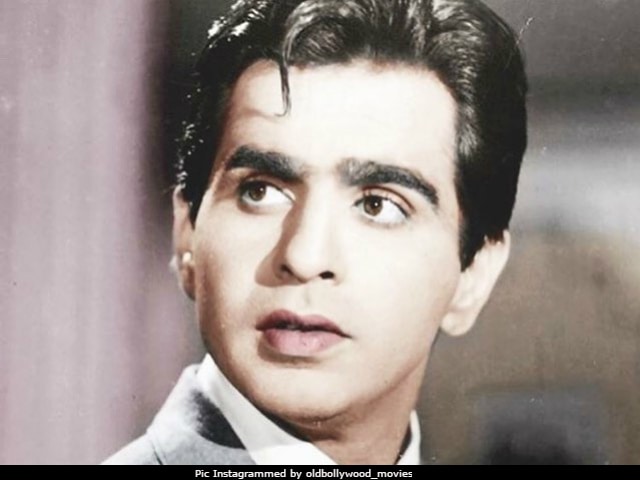 New Delhi: Veteran actor Dilip Kumar will be discharged from Mumbai's Lilavati Hospital today, entrepreneur Faisal Farooqui announced in a tweet posted from the actor's verified Twitter handle. Dilip Kumar was admitted to the hospital on August 2 to be treated for dehydration and urinary tract infection. Hospital authorities later revealed his kidney was functioning poorly. Yesterday, the team of doctors in charge of Dilip Kumar's treatment told news agency IANS that they are "happy" with the pace of Mr Kumar's improvement. "Saab will be discharged from Lilavati Hospital at 4 pm. This is one great news. I'm on my way to the hospital," Faisal Farooqui, who is a family friend, tweeted from Dilip Kumar's profile and signed off as 'FF.'

Saab will be discharged from Lilavati Hospital at 4pm. This is one great news. I'm on my way to the hospital. -FF

Message from Saira Banu:
By the grace of Allah, Dilip Sahab is under the care of Dr. Nitin Gokhale, Dr. Arun Shah of Lilavati Hospital...1/

3/ team has given the green signal to take Sahab home today.

4/ My gratitude to fans, friends for prayers, doctors for expert treatment, hospital staff n Sahab's personal attendants for all the care.

5/ It is the Almighty God's will and benevolence that I wish to acknowledge in all humility and gratitude.

In a medical bulletin issued earlier this week, Lilavati Hospital's vice president Ajay Pande said, "He is improving. His creatinine levels have come down further and doctors are happy with the progress in his health,"reported IANS. Mr Pande, who has been sharing health updates through the week, earlier said that Dilip Kumar is responding to treatment positively. The team of doctors at Lilavati hospital also revealed that despite showing significant signs of improvement, Dilip Kumar would remain under observation in the intensive care unit (ICU).

However, Faisal Farooqui also tweeted about Dilip Kumar's health updates for his anxious fans and followers through the week. "The excellent team of doctors and staff of Lilavati Hospital along with Saira Baaji are caring for Dilip Saab 24x7," wrote Mr Farooqui four days after the actor was admitted to hospital. "Dilip Saab is doing much better now. Pls remember him in your prayers," Mr Farooqui added in a separate tweet.

Dilip Kumar is married to actress Saira Banu. In December last year, Dilip Kumar was admitted to the same hospital after complaining of swelling in right leg and experiencing fever.

Dilip Kumar, who received the Padma Vibhushan in 2015, the Padma Bhushan in 1991 and the Dadasaheb Phalke Award in 1994, is best known for his starring roles in films like Madhumati, Devdas, Mughal-e-Azam, Ganga Jamuna, Ram Aur Shyam and Naya Daur.
Comments
dilip kumardilip kumar discharged