Dilip Kumar Recovering, to Be Discharged From Hospital Soon 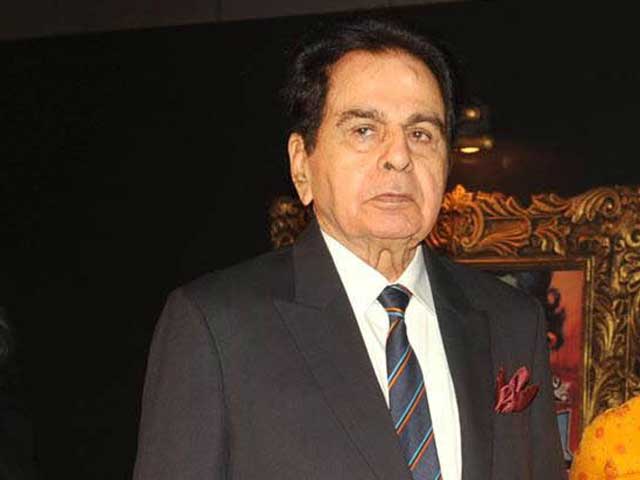 Veteran actor Dilip Kumar, who was admitted to a hospital two days ago with chest infection, is recuperating and will be discharged in the next three-four days, said the doctors treating him.

"He has not had fever in the last 24 hours and his condition is much better now. There is also improvement in the lung infection and he is on the road to recovery. He will be going home in next 3-4 days," Dr Jalil Parkar, a well-known pulmonologist from Lilavati hospital, told PTI.

Dr Parkar said that Dilip saab's investigation parameters like X-ray and blood tests have shown improvement in his physical health.

"We have also noted his radiological and clinical improvement. We never felt the need to keep him in the Intensive Care Unit," he said.

Dr Parkar added that Dilip saab, 91, is being treated by a panel of doctors, including Dr Nitin Gokhale, a cardiologist, Dr Kirti Updadhyay, a nephrologist and Dr Vinay Chavan, a neurologist.

The acting legend was admitted to the hospital on Saturday evening, after complaining of breathlessness and cold.

A team of doctors, on performing a check-up, discovered that he was suffering from a chest infection called bronchopneumonia.

Promoted
Listen to the latest songs, only on JioSaavn.com
The actor was hospitalised in September last year after he suffered a silent heart attack.

Dilip Kumar, known as the 'King of Tragedy', played iconic roles in classics like Devdas, Madhumati, Mughal-e-Azam and Ganga Jamuna.

Born Muhammad Yusuf Khan on December 11, 1922, in Peshawar (now in Pakistan), his acting career spanned six decades and over 60 films.