"I am amazed at how many people walk up to me even today and say they were both terrified and mesmerised," said Shabana Azmi 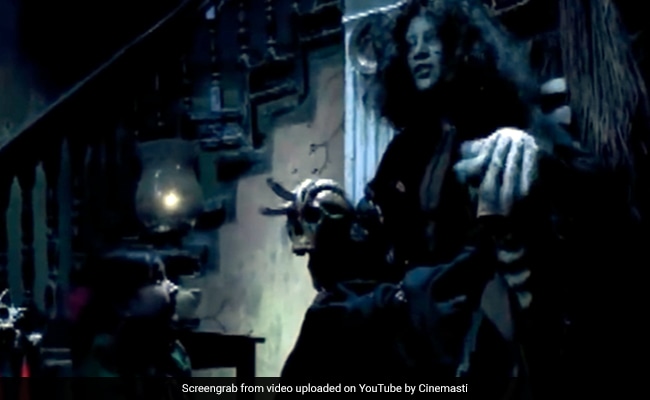 The Children's Film Society of India, headed by director Sai Paranjype at the time, gave Makdee a scathing review and even asked filmmaker Vishal Bhardwaj for its money. Twenty years after the release of what turned out be a cult film, Shabana Azmi recalls her shock at the "insensitivity" of the government body. Azmi, whose role as a witch terrified children and adults alike, said she was confident of the "clear cinematic" sensibilities of the then debutant director. And her confidence paid off.

"The CFSI were scathing in a shocking dismissal of the film. In fact, they asked him to return the money! Such insensitivity coming from another filmmaker left me gobsmacked. I assured Vishal that they would live to regret the day, which is exactly what happened," Shabana Azmi told PTI.

The CFSI, which merged with the National Film Development Corporation (NFDC) in March, was at that time headed by Paranjpye, who directed Azmi in the still remembered "Sparsh". The Society was backing the film. Following the disagreement, however, Bhardwaj took the film out of its hands.

Shabana Azmi recalled how Bhardwaj, who had served as a music composer on her 1999 National Award-winning film Godmother, narrated the idea of the film to her.

"Vishal had narrated a couple of ideas to me on a flight when we were travelling for the premiere of Godmother. I could see he had a clear cinematic sense. He was very passionate and I was impressed," the 72-year-old actor said in the interview.

"A few weeks later, he came with the script of Makdee. I agreed to do it for a lark, not knowing that it would become such a cult film for children." The horror comedy, which released on November 22, 2002, followed the story of a young girl Chunni (Shweta Basu Prasad) trying to rescue her twin sister Munni, who she believes is trapped in a mansion haunted by the 100-year-old witch, Makdee .

The first glimpse of Shabana Azmi as the witch - her face smeared with blue-white paint, long nails, frizzy hair and an eerie laugh - was enough to scare the living daylights out of viewers. Bhardwaj, costume designer Arjun Bhasin and Azmi worked hard to get the look right.

From practicing her walk in foot-long stilts at home to getting the perfect lens for her eyes, the process was a fun challenge, she said.

"Right from the beginning I knew that I had to get the look right and that's what Vishal and I discussed the most. We did many many look tests. I roped in Arjun Bhasin, who came up with the idea of the one-foot stilts." Such was Azmi's dedication towards the character that she almost cried when the team was unable to find a particular coloured lens to complete the appearance.

"I remember there was a particular lens I wanted for one eye and it was becoming a bother to find it. To me, it was not a small detail. It was very important. That contact lens was eventually found and we proceeded with the shoot," the actor, who will next be seen in Rocky Aur Rani Ki Prem Kahani, recounted.

People still walk up to her to talk about the film. "I am amazed at how many people walk up to me even today and say they were both terrified and mesmerised by my character in Makdee. In fact, after the film was released, I had hordes of children visit me which surprised me because it seemed such a contradiction that they were frightened and yet were keen to meet me," she said.

Makdee was the unusual film in the genre of horror entertainment for children, an apparent contradiction in terms. After its success followed films such as Bhoot Unkle (2006), Bhoothnath (2008) and Boothnath Returns (2014).

Makdee won several awards. Basu Prasad won a National Film Award for best child artist for her portrayal of twins Chunni and Munni. The film was screened in the Critics' Week (Spotlight on India) section at the 2003 Cannes Film Festival.

It was also a turnaround point for Bhardwaj, who was till then essentially known as a music composer. He went on to make acclaimed films such as Maqbool, Omkara, Haider. He is awaiting the release of his film, Khufiya on Netflix.