Mission: Impossible - Fallout is running successfully worldwide and it collected over Rs 36 crore in India over the weekend 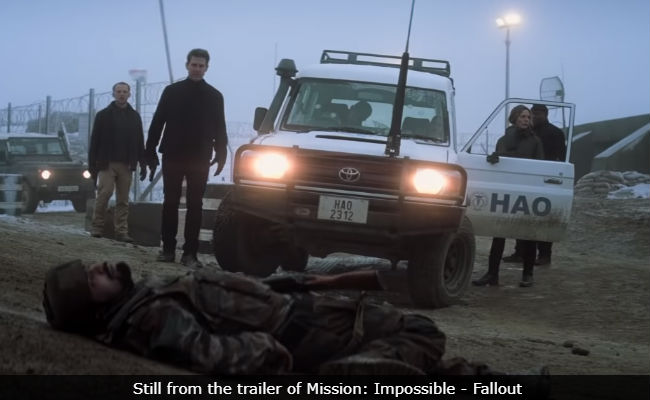 Mission: Impossible - Fallout, which is running successfully worldwide, couldn't get past the Indian censor board without a few edits. Central Board of Film Certification chief Prasoon Joshi, explaining the cuts made to the India print of the film, told news agency PTI that the "integrity of India's borders is non-negotiable." He told PTI: "The CBFC had advised the applicant of the film Mission: Impossible - Fallout that the map shown in the film misrepresents the boundaries of Jammu and Kashmir and should be either rectified or removed. They had also referred to Kashmir as 'India-controlled Kashmir' which we have asked them to correct as the 'Indian State of Jammu and Kashmir'."

"Integrity of our country's borders are non-negotiable and cannot be compromised on for the sake of entertainment," said Prasoon Joshi, who took over from Pahlaj Nihalani as the Censor Board chief in August 2017.

An IANS reporter, who was invited to the film's special screening in Paris, said that in the international print of the Christopher McQuarrie-directed film, there a "prominent mention" of India, Pakistan and China however in the India cut, "there's a mention of Nubra valley (in Ladakh) and Siachen Glacier, there's a glimpse of an Indian soldier... but what is missing is the mention of where all the action is taking place." Although the climax of Mission: Impossible - Fallout was set in Kashmir it was filmed in a valley in New Zealand.