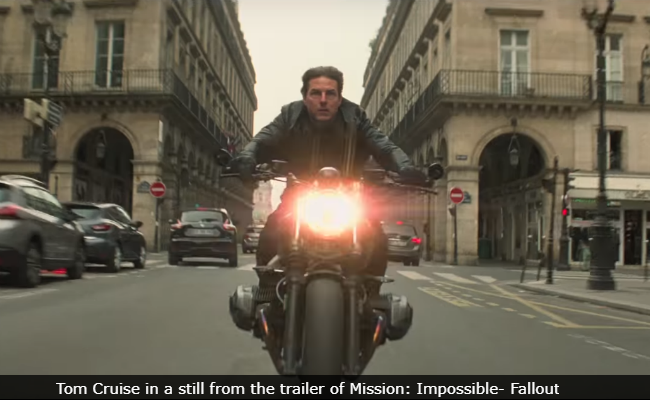 Much like the previous installments of the Mission: Impossible series, Mission: Impossible - Fallout has also been equally adept at enthralling the audience. Tom Cruise's film has managed to collect over Rs 36 crore within three days of its release, reports Box Office India. The film collected over Rs 14 crore on Sunday alone and it has left behind Sanjay Dutt's Saheb Biwi Aur Gangster 3, which has managed to collect merely Rs 5 crore till now. According to the report, the film has already acquired a "hit" status in India. "Mission: Impossible 6 - Fallout had an excellent first weekend of 36.25 crore net and is a hit film as the trend was also strong with good growth on Saturday and a solid Sunday performance," Box Office India report stated.

The movie earned Rs 9.50 crore on the first day of its release and it has also booked a spot on the list of Hollywood films with highest openings at the Indian box office. The list is headed by Avengers- Infinity War, followed by Fast & Furious 7, The Avengers - Age Of Ultron, The Jungle Book and Fast & Furious 8, respectively.

In his review for NDTV, film critic Saibal Chatterjee described the sixth installment of the series as the "best Mission: Impossible film" till date and wrote: "Christopher McQuarrie, the only director to return for a second Mission: Impossiblefilm, clearly has a way with action set pieces. The manner in which he spaces out the thrills demonstrates perfect judgment and the way he imparts urgency and pace to these scenes suggest a special flair for blockbuster action interspersed with intriguing reveals and red herrings."

"Why Should Boys Have All The Fun?": Vaani Kapoor And Huma Qureshi In ROFL BTS Pics From Bell Bottom Set