Diana Penty: 'There's A Hunger To Do Things That Are Different' 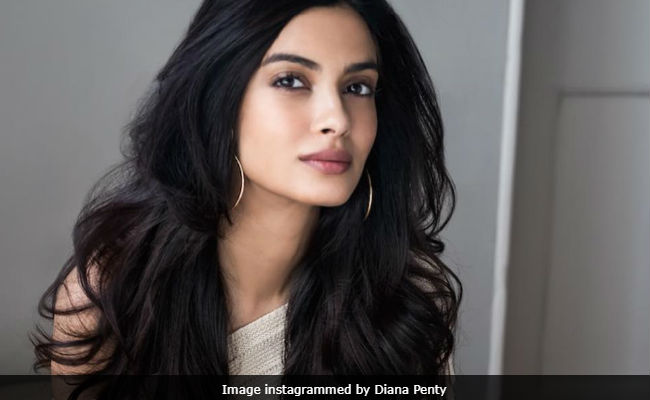 New Delhi: Diana Penty will be seen in Parmanu: The Story of Pokhran, and will be revisiting the Happy Bhag Jayegi universe for the sequel. Actress Diana Penty says she wants to explore different genres, but would refrain from doing anything "drastic". "I would love to try new things, try new roles and play different characters. It is something that I have always wanted and it is something that I have always tried to do with each film that I do. I try to make it different from the previous film, the role and the character," Diana told IANS over phone from Mumbai.

"I would definitely be open to and would want to (try different things). There is a hunger to kind of do things that are different," added the actress.

But that doesn't mean she will try everything that comes her way. The actress says she will weigh things and decide accordingly.

"I don't know how drastic I would be... Like going bald is drastic. That is not something so easy and casual. It is a big deal... at least for me, it is a big deal.

"So that is something I would definitely try to find a way around. In our industry, there are ways to get around things, like you can do it artificially or use prosthetic. There are certain ways to get the feel of that thing instead of actually doing it; if that is possible, then why not?

"At the end of the day, there are other projects that you might be doing, or might be working on two films at the same time, or have a brand to endorse. You cannot completely change your look one day."

Diana says she is not "completely closed to things, but having said, that I am practical. I weigh things and decide accordingly."

After making a name for herself as a model, Diana walked into showbiz with Cocktail - which also featured Saif Ali Khan and Deepika Padukone - in 2012.

Despite a successful debut, Diana maintained her distance from the big screen and did her second movie Happy Bhag Jayegi in 2016. Thereafter, she promised her fans that she will not take long breaks, and she has kept her word.

Her last on-screen outing was Lucknow Central, and she will next be seen as carefree Happy in Happy Bhag Jayegi Returns. She also has Parmanu: The Story of Pokhran in her kitty.

Diana says the sequel, with Sonakshi Sinha on board, is a continuation of the first part, which narrated the story of a girl named Happy who ran away from her wedding and reached Pakistan by mistake.

As for Parmanu: The Story of Pokhran, also starring John Abraham, the actress says it is a story waiting to be told.

"Parmanu: The Story of Pokhran, is definitely a very different subject for me. It is based on true events -- which is the nuclear tests that India conducted (in Pokhran, Rajasthan, in 1998). The event changed the history of our country and made us a nuclear power. It was a life-changing event for the country; so it is good to be part of stories like that.

"It is an important story to tell, not only to our country but to the rest of the world."

What about her role?

"I have a different role to play. I am doing action for the first time, which is something I have never attempted before, something I have to prep for. I have undergone training for a couple of months and did kick-boxing. It is exciting because it is so different."

Promoted
Listen to the latest songs, only on JioSaavn.com
Of Happy Bhag Jayegi Returns, she said: "It is a continuation. It was a super fun role. It is the same space again. It is great to know that because it was well-received by the audience we are making the second part. It is a great feeling to revisit the film."