Dia Mirza On Playing A Pakistani Character In Kaafir: 'Trying To Address Prejudices'

"We shouldn't be prejudiced against people because of religion, caste or place that they belong to," said Dia Mirza 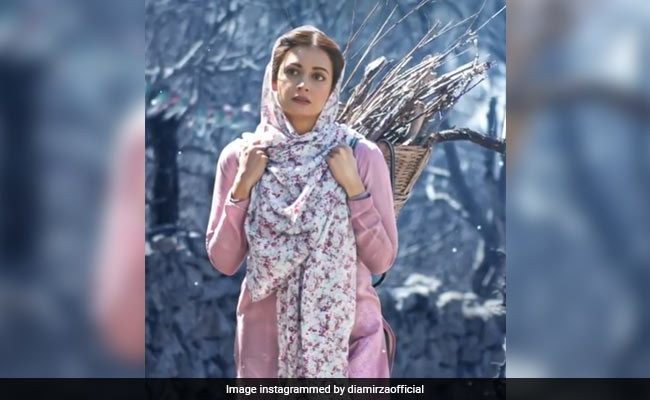 Actress Dia Mirza, who plays a Pakistani character in her maiden web series Kaafir, says prejudice needs to be eradicated from the society. In the show, which goes live on ZEE5 from Saturday, Dia essays a young Pakistani mother who comes to India under a strange series of circumstances and is unable to go back home. The show revolves around the relationship between the woman, who is accused of militancy, and a journalist-turned-lawyer (Mohit Raina) who makes her justice his sole objective. On her decision to play a Pakistani character, Dia said here: "This show is trying to address prejudices that we have in our society. When people ask me, 'Weren't you afraid of playing a Pakistani character in the show?' I say that I feel that our show is trying to question that fear and we are trying to remove that fear from people's mind."

She further said: "I feel really happy to be part of this show which talks about humanity and I hope that people will appreciate our effort. There is a problem all over the world that we see people from unfortunate lenses which include lenses of culture, country and caste and I feel these are very unfortunate ways to view humanity. We shouldn't be prejudiced against people because of religion, caste or place that they belong to. That is precisely what Kaafir addresses and I hope after watching this show, people will get their answers."

As an actor, Dia said, getting to work on a show like this - a true story - is a "once in lifetime opportunity". Her second web series will be directed by Nikkhil Advani. "It's a historical drama and co-incidentally it is written by Bhavani Iyer, who has also scripted Kaafir," she said.

(Except for the headline, this story has not been edited by NDTV staff and is published from a syndicated feed.)
Comments
dia mirzakaafirmohit raina