Dharmendra Posts Throwback Pic Of Sunny Deol: 'Wanted To Photograph Him Without Towel'

"His innocence... Makes me sad even today. Sunny, love you my son," wrote Dharmendra 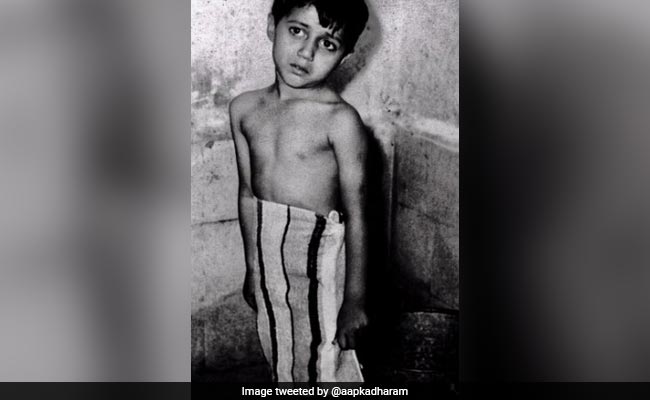 Veteran actor Dharmendra shared yet another throwback picture on his Instagram profile and we bet it will melt your heart. On Sunday, the 83-year-old actor took a trip down the memory lane and treated his fans to an old picture of his actor son Sunny Deol, who can be seen posing innocently for camera in just a towel. However, Dharmendra expressed his thoughts out loud and said that he wanted to "photograph" little Sunny "without a towel" at that time. "My most innocent son, I wanted to photograph him without towel. Poor Sunny said 'no please papa no.' Friends, his innocence... This innocence makes me sad even today. Sunny, love you my son," Dharmendra captioned his post.

My most innocent son, I wanted to photograph him without towel. Poor Sunny said,noooooo please papa noooooooo. Friends, His innocence......this innocence......makes me..............sad even today. Sunny, love you my son. Good luck for PPDKPpic.twitter.com/4iYm4lwAVS

This is not the first time Dharmendra has shared a throwback picture of his elder son. On August 30, the Rakhwala actor posted an adorable picture of one-year-old Sunny Deol with the caption, "Friends, look at Sunny, my darling son. One year old."

On Father's Day, Dharmendra shared a throwback pic, which featured his father Kewal Kishan Singh Deol and his sons Sunny and Bobby Deol (from his first marriage to Parkash Kaur).

Love you my kids, Jeete raho!!!