Dhamaka trailer: Kartik Aaryan vows to speak the truth and nothing but the truth 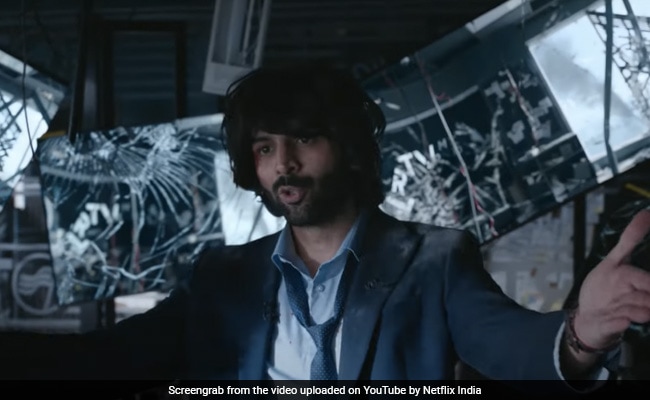 The trailer of Dhamaka created a blast on social media in no time when it released on Tuesday afternoon. The trailer showcases the journey of a journalist named Arjun Mathur, played by Kartik Aaryan. He receives an unexpected phone call that changes his fate and that of everyone who is remotely associated with him. Among them is also his wife and news reporter, played by Mrunal Thakur. After a terror attack in Mumbai, Arjun Mathur gets an exclusive interview with the terrorist - it doesn't go as planned; live on air, the terrorist threatens to blow up the bridge Arjun's wife is reporting from. Caught between his conscience and career, Arjun faces a moral dilemma. Amruta Subhash features as Arjun's senior in the newsroom.

Throughout the course of the trailer, Arjun Pathak vows to speak nothing but the truth. "Jo bhi kahunga Sach kahunga." Ironically, he also works in a news network called "Bharosa". Check out the trailer of Dhamaka here:

Dhamakais the first time, in which Kartik Aaryan will be seen in an intense role. The actor's career trajectory mostly features roles in which he is seen playing a lover boy, usually companied by monologues.