Dhadak: After Janhvi Kapoor's Debut, A Look At Her Sister Khushi's Career Plans

Khushi Kapoor wants to pursue a career in films 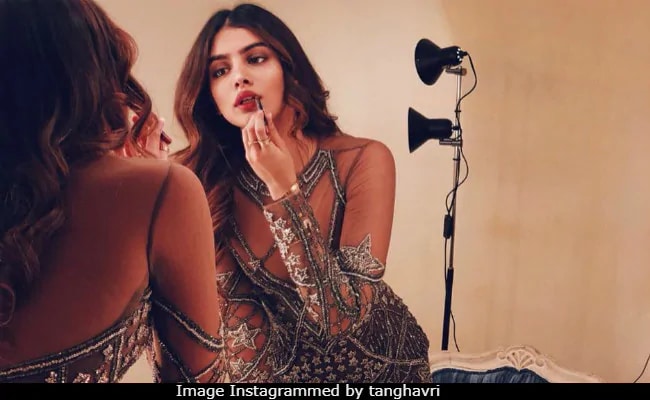 Did you know that Janhvi Kapoor's younger sister Khushi wanted to be a model? Her filmmaker father Bonny Kapoor finally opened up about Khushi's roughly-chalked out career plan in an interview with SpotboyE and said his 17-year-old daughter wants to pursue a career in films. "Khushi first wanted to become a model but has now shifted her focus to becoming an actress," SpotboyE quoted Boney Kapoor as saying. Khushi Kapoor often accompanied Janhvi to her promotional appearances ahead of Dhadak and has already started attending showbiz parties. 21-year-old Janhvi and Khushi are Boney Kapoor's children with Sridevi whereas Arjun Kapoor and Anshula are his kids with his first wife Mona Shourie.

Boney Kapoor also told SpotboyE that he has always been accommodating about the respective paths opted for by his children: "I wouldn't say that I motivated Janhvi. I encouraged her to let her do what she wants. Why curb someone's natural instincts? Like for one, I didn't know until Salman (Khan) told me that Arjun has it in him to become an actor. On the other hand, my eldest child, Anshula is extremely academically inclined. And Khushi first wanted to become a model- but has now shifted her focus to becoming an actress."

Meanwhile, Khushi Kapoor has also become an instant hit with the paparazzi - she's often papped in and around Mumbai hanging out with friends. Last year, Khushi trended a great deal for reports stating she's to make an appearance on a dance reality show but Sridevi dismissed such speculation, saying: "Khushi is not participating in any kind of dance class or any show. It is not at all true. We are really surprised... where this came from," IANS reported. Talking about her equation with Janhvi and Khushi, Sridevi had said: "I am not possessive, but very protective. We are more like friends, share and discuss everything." In February this year, Sridevi drowned in a hotel bathtub in Dubai, where she was attending her nephew Mohit Marwah's wedding.

@khushi05k was spotted in the city today! Her casual style tho

Khushi has indeed upped the fashion game by large with her fresh and classy wardrobe picks. Khushi Kapoor is a student of Dhirubhai Ambani International School and turned heads at her prom night in a Falguni and Shane Peacock ensemble earlier in April.

Do you think Khushi Kapoor too will score a Karan Johar film for her Bollywood debut? Tell us in the comments below.