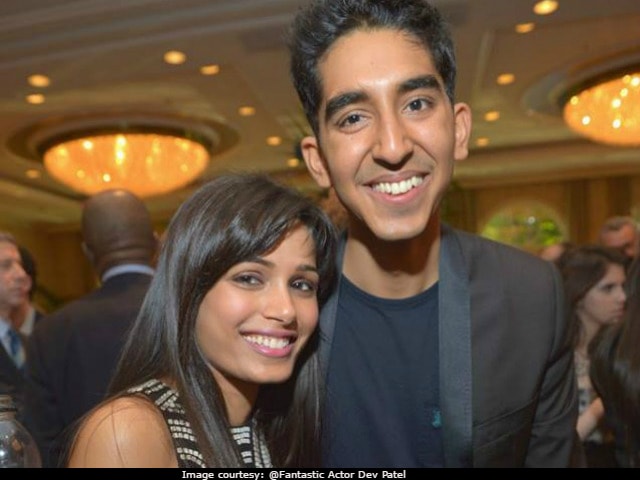 New Delhi: Lion star Dev Patel's Oscar nomination for Best Supporting Actor has been endorsed by his former girlfriend and Slumdog Millionaire co-star Freida Pinto. In an Instagram post, Freida wrote, "So proud of you, Dev! A fine example of what hard work, focus, humility and crazy amazing talent rewards one with. Long time coming, so well deserved." Freida, 32, and Dev, 26, ended their romance in December 2014. They met while filming 2008 film Slumdog Millionaire. On Tuesday, Dev Patel was announced as one of the five Best Supporting Actor nominees for the Academy Awards. His film Lion has five nominations in all, including one for actress Nicole Kidman. Freida Pinto posted this on Instagram:

So proud of you, Dev! A fine example of what hardwork, focus, humility and crazy amazing talent rewards one with .Long time coming, so well deserved! @lionmov @theacademy #Oscars2017 #OscarNominations2017 #bestactorinasupportingrole

Lion tells the true story of Saroo Brierley, an Australian of Indian-origin, and how he traced his birth mother in Madhya Pradesh. Dev Patel plays Saroo with Nicole Kidman cast as the Australian who adopts him. Ina statement, the actor said: "Okay, so I just received a call to say that I've been nominated for an Academy Award. The news hasn't made its way into my brain yet."

Promoted
Listen to the latest songs, only on JioSaavn.com
Dev's statement also said: "Lion reaffirms the message that love is not dictated by the colour of your skin, not by race, gender, sexuality, social status, or origin. It is a message I am proud to be spreading during these uncertain times. This will forever be one of the most memorable experiences of my life."

Freida Pinto, a regular presence at the Cannes Film Festival, has starred in films like Desert Dancer and the Planet Of The Apes reboot films. Dev Patel's resume includes The Best Exotic Marigold Hotel, Chappie and The Last Airbender. He will be competing with fellow nominees Jeff Bridges, Mahershala Ali, Lucas Hedges and Michael Shannon at the Oscars on February 26.