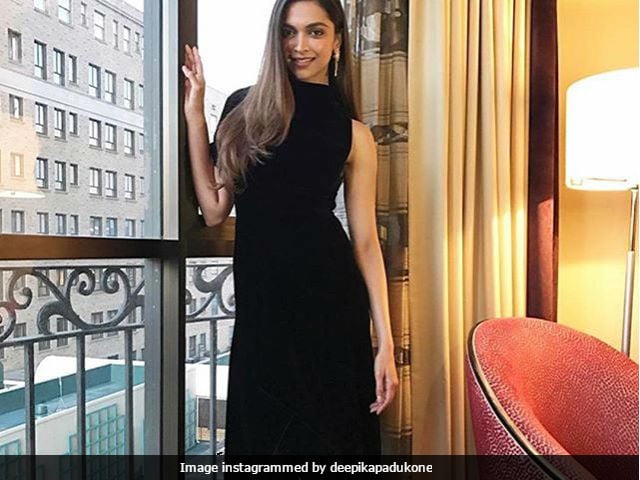 New Delhi: Deepika Padukone, who will next be seen in Sanjay Leela Bhansali's Padmavati, told news agency PTI that she won't be walking the red carpet at the Cannes Film Festival 2017. The 31-year-old actress, who attended the HT Style Awards on Friday, said: "No. Right now all my energies are focused on Padmavati." The film will be Deepika Padukone's third collaboration with filmmaker Sanjay Leela Bhansali. The duo have previously worked together in films such as - Bajirao Mastani and Goliyon Ki Raasleela Ram-Leela. The Piku actress also won an award at the event. Speaking at the red carpet, she said: "It feels amazing to win award. This is a style award and it goes to everyone who works behind the scenes - be it the stylist or hair and make-up artist or even our directors. It's a combination of things and your own personality. I think each one of us have a specific style."

At the event, Deepika Padukone was snapped sharing a candid moment with actress Neetu Kapoor. Their picture has gone viral on the internet. The Bajirao Mastani actress was also photographed with her Piku co-star at the event.

Alia Bhatt, Anushka Sharma, Taapsee Paanu, Sidharth Malhotra, Varun Dhawan were among the other celebrities who attended the event.

Promoted
Listen to the latest songs, only on JioSaavn.com
The Love Aaj Kal actress will next be seen in Sanjay Leela Bhansali's Padmavati co-starring Shahid Kapoor and Ranveer Singh. The film is scheduled for release later this year.