Deepika Padukone was photographed at the temple with high security 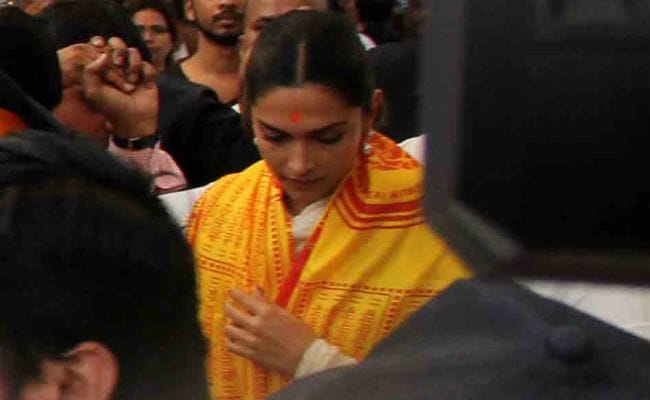 New Delhi: Actress Deepika Padukone was photographed outside Mumbai's Siddhivinayak Temple on Tuesday, two days before the release of her much-awaited film Padmaavat. The 31-year-old actress, dressed in a simple white suit, navigated her way to the temple amid high security and media presence. Deepika's Padmaavat, earlier titled Padmavati, has featured in headlines for the ongoing protests against the film's release which has been delayed by over a month. The film was cleared for release by the Central Board of Film certification in December but several states imposed a ban on its release. Last week, the Supreme Court stayed the ban giving Padmaavat a green signal for nationwide release.

Take a look at pictures of Deepika Padukone at Siddhivinayak Temple: 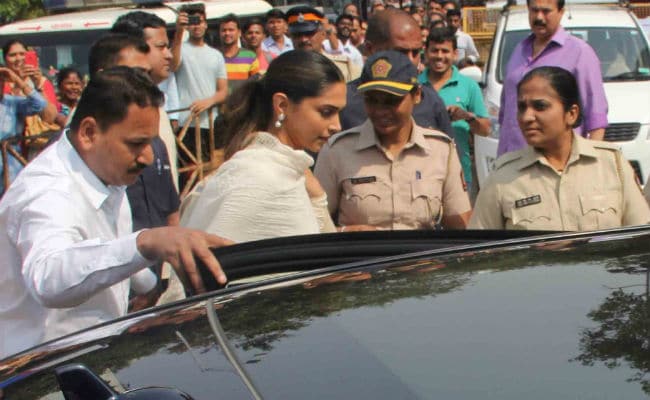 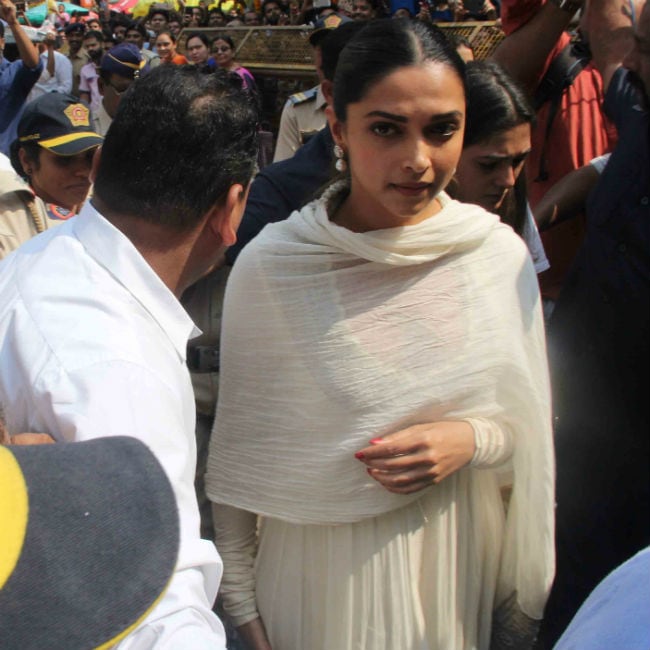 Rajput Karni Sena-led several fringe outfits protested against the film's release almost all of 2016 alleging misrepresentation of historical facts. They've alleged that the film distorts facts which project Queen Padmini of Chittor in an undignified manner. However, the Supreme Court has snubbed all petitions and passed the order for the film's pan-India release.

Last year, the Censor Board had refused to review Padmaavat citing technical issues during submission, which led the delay in release. On December 30, the CBFC cleared the film for release with a U/A certificate and five edits (including the title). The new release date, January 25, was announced earlier this month and it was supposed to clash with Akshay Kumar's PadMan. But actor-producer Akshay Kumar diverted the clash by postponing the release date of his film to February 9. "It is essential for them to release the film at this time, their stakes are higher than mine," Akshay had said during a press conference.