Deepika Padukone Says Padmavati Is Her 'Only Film,' Spreading Rumours Not 'Classy' 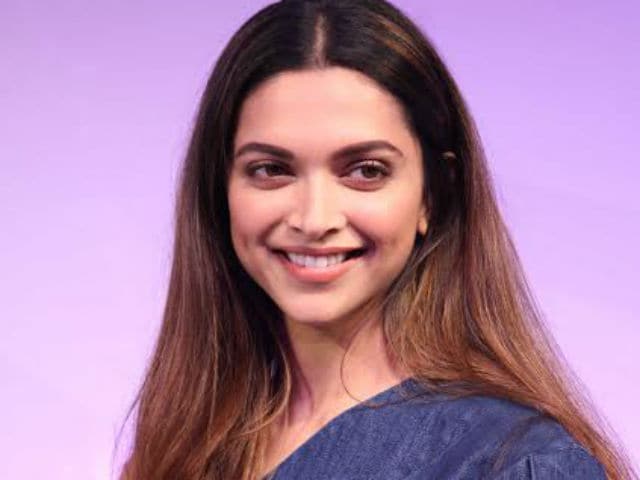 New Delhi: Actress Deepika Padukone, back in India after her Hollywood debut xXx: Return of Xander Cage and now busy shooting for her upcoming Bollywood film Padmavati, has clarified that she currently not working on any other films. Deepika told news agency PTI in Mumbai on Thursday, "I had always maintained, when I am offered a film I'll talk about it, if not I'll never talk about it. All the speculation can go on. The only film I am doing now is Padmavati, it's consuming all my life. When I have something else to talk about I will do that." The 31-year-old actress was referring to rumours that suggested she had been cast in a Bollywood remake of Mr & Mrs Smith with actor Sidharth Malhotra.

The usually diplomatic Deepika Padukone was rather indignant. "Let's set the record straight because there have been a lot of rumours regarding a lot of films I am supposedly doing. I think usually there is a lot of dignity involved when an actor is approached for a film, whether it's a narration, an actor saying yes or no to a film," she told PTI.

She also appeared to be upbraiding the media, or its sources, for reporting irresponsibly. "There is a certain decorum, conduct, when you're offered a film, whether you do it or don't. Sometimes it's not classy when certain information is given out when it's completely untrue," Deepika told PTI.

Promoted
Listen to the latest songs, only on JioSaavn.com
Padmavati, directed by Sanjay Leela Bhansali, is a period film based on the legend of Rani Padmini of Chittor, who is popularly supposed to have committed jauhar when Emperor Alauddin Khilji invaded the kingdom. Deepika Padukone plays the title role, with Ranveer Singh cast as Alauddin Khilji and Shahid Kapoor playing her husband Ratan Singh. The film has been opposed by a Rajput group called Karni Sena which attacked Mr Bhansali on set in Jaipur, claiming that the script inaccurately implies a romantic connect between Padmini and Alauddin. Sanjay Leela Bhansali has denied that it does.