"The journey of Chhapaak with Deepika was serendipity," said Meghna Gulzar 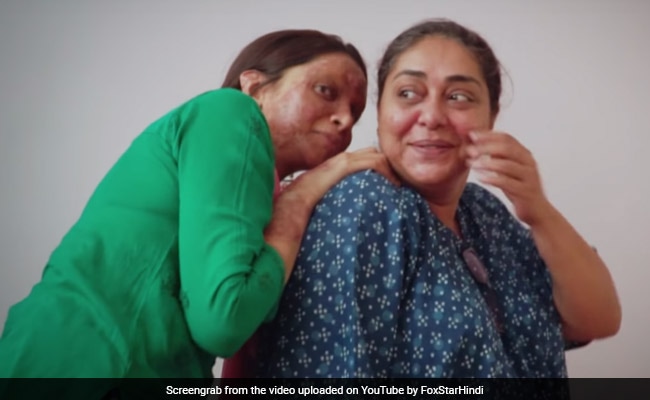 Just days ahead of the release of Chhapaak, Deepika Padukone said, "I would probably not do Chhapaak, if she (Meghna Gulzar) was not the director of the film," in a video released by production house Fox Star on Wednesday. "I can't compare this film to anything else I've done," the lead actress of the film said. About directing Deepika in her film, Meghna Gulzar Meghna revealed Deepika never hesitated with a shot or delayed her schedule. "The journey of Chhapaak with Deepika was serendipity," said the Chhapaak director. The filmmaker also gave a massive shout-out to the entire cast and crew and said: "I don't make my film. It is the 200 people that work on the film, when come onto the film, they take it and make it their own."

The director of the film Chhapaak has previously helmed films like Talvar and Raazi, which also revolve around 'Stories That Matter', as the new Chhapaak video is titled. Meghna Gulzar believes that her new film Chhapaak, which is based on the life and experiences of acid attack survivor Laxmi Agarwal, is a "landmark case in the realm of acid violence." Talking about Laxmi Agarwal's fight for justice, Meghna added, "It was the first time acid attack had been given a 10 years sentence."

Deepika's character Malti in the film is based on Laxmi Agarwal. The actress' transformation into an acid attack survivor for her onscreen role created has created lot of buzz. "When you have something as horrific as this, so rampant in our society and it's not getting enough audience. It makes you want to amplify it. And we have Chhapaak, where you have the most beautiful face of Deepika Padukone as an acid attack survivor," Meghna Gulzar said in the video.

Vikrant Massey, who plays the role of Laxmi's real-life partner, also shared his take on the film: "People need to understand the grit, the determination, the strength that people have. A lot of people still don't know what Laxmi went through. What I am talking about is the stories that need to be told."

Here is the Chhapaak special video that we are talking about:

Chhapaak is all set to release on January 10, when it will clash with Ajay Devgn's Tanhaji: The Unsung Warrior.