Deepika Padukone: Ranbir Kapoor and I Share a Special Equation 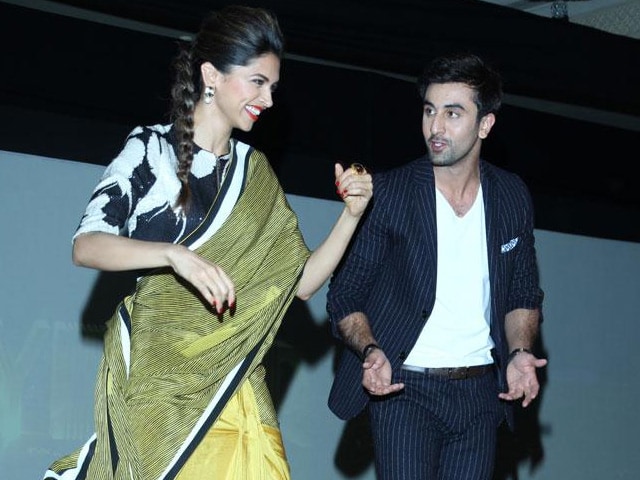 Ranbir Kapoor and Deepika Padukone at an event in Mumbai.

New Delhi: They make news whenever they pair up on the big screen but actress Deepika Padukone said that no media speculation comes close to explaining the relationship she shares with former boyfriend Ranbir Kapoor.

The actors, who broke up after one year of dating, were last seen in Ayan Mukherji's Yeh Jawaani Hai Deewani in 2013.

While the media tried decoding their bond during the film's promotions, the audiences were all praise for their onscreen chemistry in the movie.

The two are working together again in Imtiaz Ali's upcoming romantic-drama Tamasha and the 29-year-old actress is prepared to be under scrutiny again.

"No matter how much we move on in our lives and no matter how comfortable we keep telling people we are working with each other, the question will keep coming up. But the point is, it was, is and will always be a very special equation that we share. Something that one can't explain and describe in too many words," Deepika told PTI in an interview.

"Our work is an example of that. We did Yeh Jawani Hai Diwaani together and it was a super success and people gave us so much love for that film and then we have finished another film (Tamasha) in less than two years. I think that's amazing," Deepika said.

The actress, who is currently riding high on the success of Piku, said a film with Ranbir and Imtiaz was on her wish-list since she saw Rockstar.

Promoted
Listen to the latest songs, only on JioSaavn.com
"I am fascinated by Imtiaz and then there is Ranbir, who again is supremely talented and I have worked with both of them individually. Why I love and respect Imtiaz so much is also because he cast me in Love Aaj Kal even before my first film released," said Deepika.

"I knew it would be really exciting for three of us to come together and I wanted it one day, the same way I wanted Ranbir and me as an onscreen pair to be directed by Ayan because I had seen their work in Wake Up Sid. I was like 'I want to work with these people'. And that's what happened when I saw Rockstar," she added.