Deepika Padukone On Working With Husband Ranveer Singh In '83: "It Was A Refreshing Change"

"We had to remind ourselves that we had worked with each other before," said Deepika 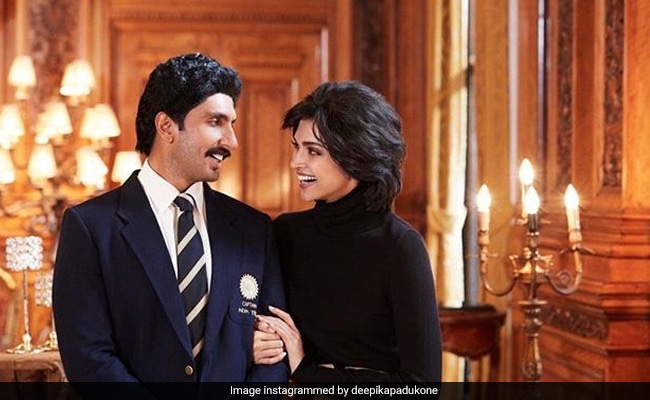 Deepika and Ranveer in a still from '83. (Image courtesy: deepikapadukone )

Real-life couple Deepika Padukone and Ranveer Singh are back as an on-screen couple. The actress says considering the kind of movies the pair has done in the past, doing '83 was a refreshing change, reported news agency IANS. Deepika will be seen as Romi Dev, wife of cricket legend Kapil Dev, played by Ranveer in the upcoming film '83. Asked about sharing screen space with her husband once again after movies like Goliyon Ki Raasleela Ram-Leela and Bajirao Mastani, Deepika told IANS: "It was good. It was a refreshing change because of the kind of films that we have done before. It was a completely different setting, era, characters, costumes and dialogues. It was refreshing to work with him in this capacity."

"We were both surprised. We had to remind ourselves that we had worked with each other before because these characters were so different from what we had already done before and we look forward to working with each other in contemporary films a lot more," said the actress.

The film, based on India's historical 1983 Cricket World Cup victory, also has Deepika donning the hat of a producer.

Chhapaak, based on the life of acid attack survivor Laxmi Agarwal, was her first film as a producer. On the kind of stories she is looking for as a producer, she shared: "My choices will always be made as an actor. When I am approached for a film as an actor, if I feel like certain films need an additional hand holding then I will step in as a producer. Right now, it is not like we have a big slate of films. We will take it as it comes."

She has also announced another film production - Mahabharat, to be made from Draupadi's point of view.

When asked if regional films interest her as an actor and a producer, Deepika said: "Of course. Language has never been a barrier. I think at the end of the day, what I look for as an actor is exciting content. In fact, there are a lot of south film directors and writers who approached me. Eventually, I think it's about finding the right content," said Deepika, who made her acting debut with the 2006 Kannada film Aishwarya.