Deepika Padukone On "Padmaavat" Box Office: "It's Not Over Yet"

Akshay Kumar's PadMan is this week's big release but Deepika Padukone says that audience will also watch her "Padmaavat," which is running successfully for two weeks now 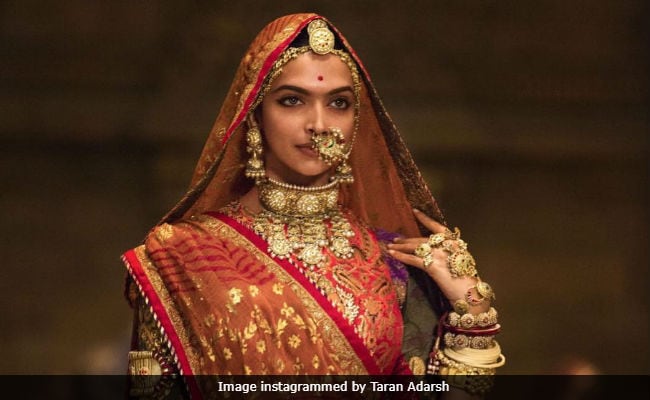 New Delhi: Akshay Kumar's PadMan has hit the screens ending the two-week monopoly of Deepika Padukone's "Padmaavat" on the box office. PadMan collected a decent sum (Rs 10 crore) on the opening day but the 32-year-old actress told news agency IANS that it's not over yet. "It's not over as in the weekend more people will go to watch our film." With over Rs 200 crore in its pocket, "Padmaavat" is Deepika's Padukone's highest-grossing film. The actress tanked director Sanjay Leela Bhansali and her co-stars for making it happen. "I think for me, Ranveer's contribution in the film as well as Shahid's contribution is something that I will always cherish. I think it was very gracious of them to give so much to this film and I am so happy that together we get to celebrate the success," she told IANS.

"Padmaavat" opened after months long battle with Rajput Karni Sena and fringe groups opposing the film's release. Several death threats were also issued for Deepika Padukone and director Bhansali but the actress told NDTV she was never scared. Speaking to IANS, Deepika said: "As far as my film is concerned, I had said this earlier as well, there is no stopping it. I think it deserves all the kind of love and blessings that we are receiving. I think box-office numbers are again testament of that and it's not over yet."

Promoted
Listen to the latest songs, only on JioSaavn.com
"Padmaavat" is based on Malik Muhammad Jayasi's ballad of the same name. The film also stars Aditi Rao Hydari and Jim Sarbh.