Deepika Padukone on Bollywood Salaries: This is Not a War 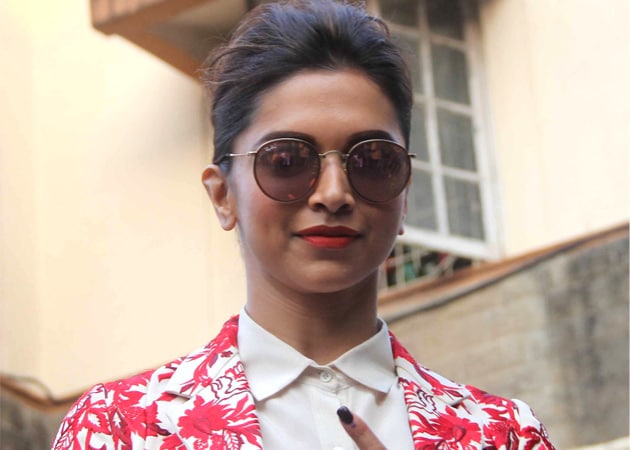 Deepika will be next seen with Shah Rukh Khan in Happy New Year.

Actress Deepika Padukone says the payment disparity between male and female actors in Bollywood is a concern but it should not become a cause for conflict.

The 28-year-old actress has had a dream run at the box office with back-to-back hits like Race 2, Yeh Jawaani Hai Deewani, Chennai Express, Ram-Leela and the latest Finding Fanny.

Deepika says actresses are trying hard to change the irregularity in pay scale in the film industry. "If you comparing our pay scale with the men, then yes it is very less. If you are comparing what girls used to get before and what they are getting in the last one or two years then I can say that there has been a major shift and we are hoping and trying. But this is not a war," Deepika said in an interview.

The actress feels when people give more stress on monetary gain, it compromises the beauty of filmmaking.

"At the end of the day we are all making movies because we all love films and we should not get into the space of negativity where we are discussing who is getting what amount of money. In that process we are losing the beauty of film making. Money is the least important to me. Fans' appreciation is the most important," she said.

Several of Deepika's films are part of the elite Rs 100-crore club but the actress said she never signs a film keeping in mind its box office performance. "I don't choose films based on how it will fare monetarily. If one does that then it is a wrong reason to do a film. For me box office at that level is not so important," she said.

Promoted
Listen to the latest songs, only on JioSaavn.com
"Like Ram Leela, we never thought that the film will make such business. I have got the Filmfare award and the film has made Rs 100 crore as well. You have to choose films from your heart. And also awards are important to me. It is a sign of appreciation for your hard work," she said. Deepika will be next seen opposite superstar Shah Rukh Khan in director Farah Khan's Happy New Year. The duo has previously worked in Om Shanti Om and Chennai Express. Besides SRK, Deepika has worked with top stars of Bollywood like Saif Ali Khan, Akshay Kumar but is yet to work with Salman Khan.

When asked whether they will do a film in future, the actress said, "Films are all in destiny. You can't force a film to happen. People do ask me a lot why I have not worked with Salman Khan yet. Both of us would like to work with each other but every film has a time."