Deepika Padukone And Irrfan Khan's Next To Release In... 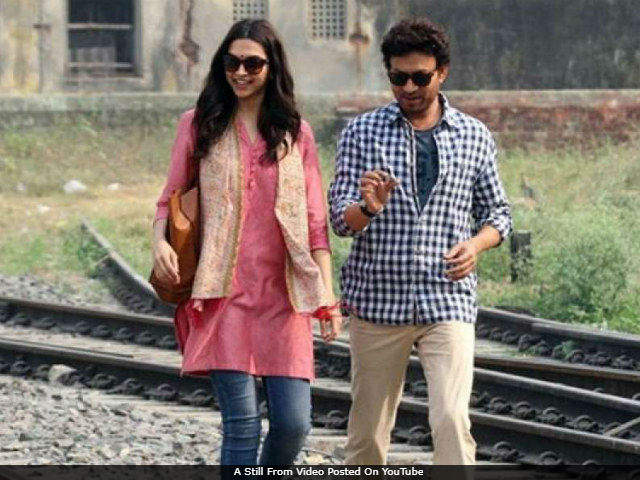 New Delhi: Actress Deepika Padukone's next film with Irrfan Khan, her Piku co-star, will hit the screens on October 2 next year, reports trade analyst Taran Adarsh. The untitled film stars Deepika, 31, as a mafia queen while Irrfan, 50, plays a local gangster. The film will be co-produced by Vishal Bhardwaj and directed by Honey Trehan, who has previously worked with the filmmaker in Maqbool, Omkara and Kaminey. News agency IANS earlier reported that the film is based on journalist S Hussain Zaidi's book Mafia Queens Of Mumbai and Deepika will play gangster Rahima Khan, also known as Sapna Didi. Here's the tweet Taran Adarsh posted.

Deepika Padukone, Irrfan Khan and Amitabh Bachchan's Piku (2015), was one of the best-received films of the year at the box office. For his role in the film, Big B received the Best Actor prize at 63rd National Awards.

Promoted
Listen to the latest songs, only on JioSaavn.com
Meanwhile, Deepika also has Sanjay Leela Bhansali's historical drama Padmavati in the pipeline, in which she co-stars with Ranveer Singh and Shahid Kapoor. Deepika plays the title character while Shahid stars as her husband Raja Ratan Singh and Ranveer as Alauddin Khilji. A release date for Padmavati hasn't been finalised as of yet.