The delightful moment was captured by paparazzi as Deepika Padukone hugged the kids outside an eatery in Mumbai on Saturday evening. 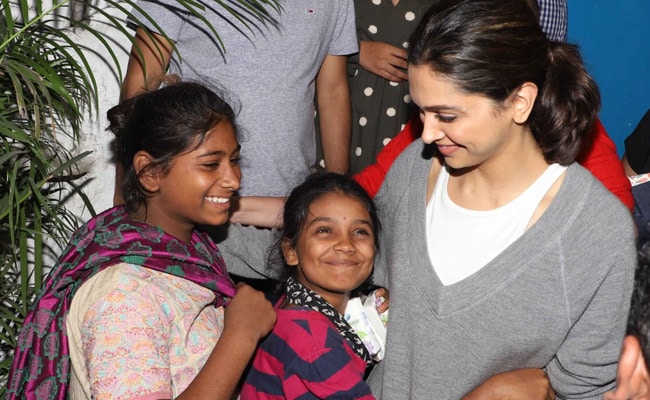 Deepika was mobbed by pint-sized fans

Chhapaak lead actress Deepika Padukone was snapped at Mumbai eatery Olive Bar And Kitchen on Saturday evening. As soon as she left the place, she was mobbed by pint-sized fans and incessant popping of the flashbulbs followed, courtesy Mumbai's shutterbugs. Deepika found herself immediately surrounded by little fans just outside the gate of the restaurant and got surprise hugs in return. The actress happily obliged her fans with selfies and photos. The delightful moment was captured by the paparazzi as she hugged back the kids. The actress warmly welcomed them into her arms and greeted them with smiles. The 34-year-old star reposted some of those adorable snaps on her Instagram story with the caption, "Joys of life." The actress was smart and chic in a grey jersey top paired with baggy jeans. 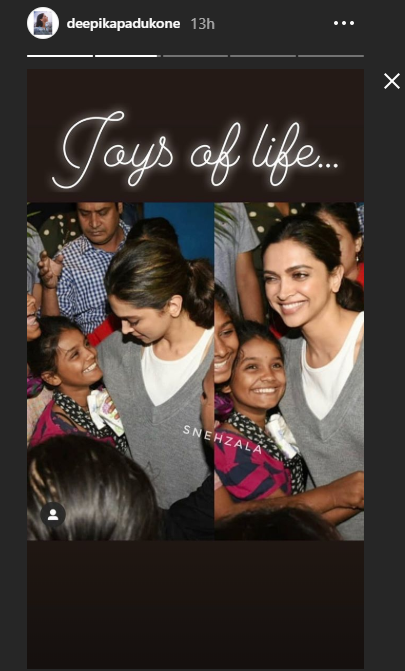 Have a look at Deepika's adorable moment with her little fans here: 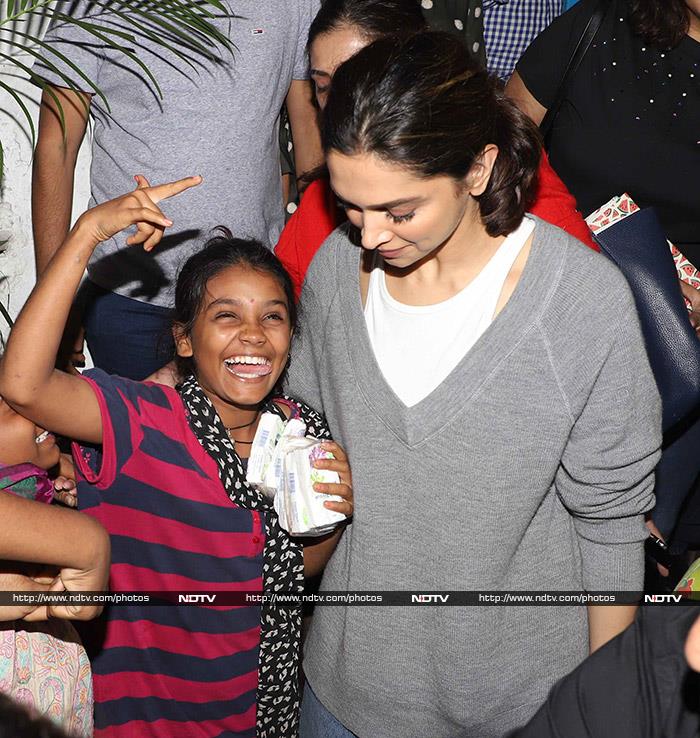 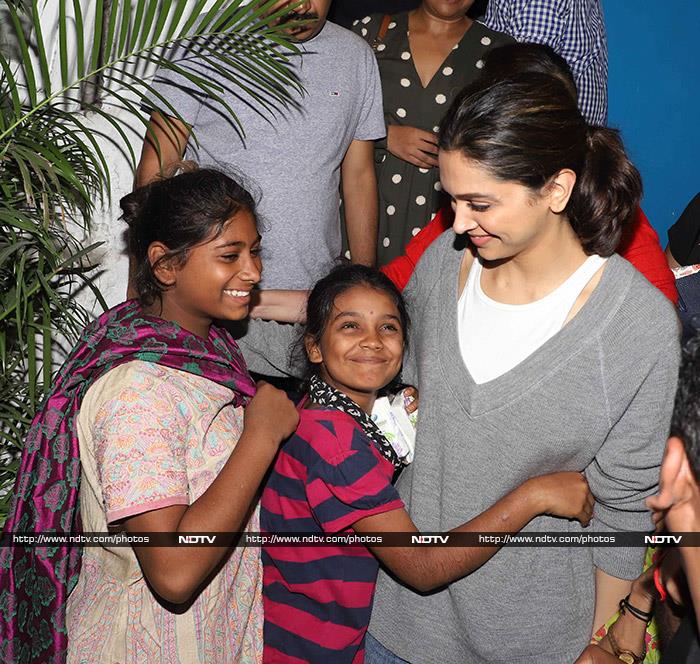 The actress gets surprise hugs 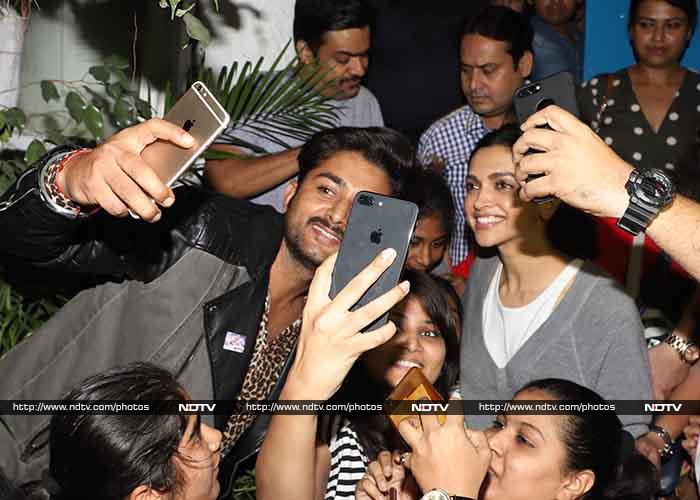 Deepika obliged her fans with selfies and photos

The Chhapaak actress has been busy promoting the film until last Friday. On the day of release of the film, Deepika was snapped at Siddhivinayak Temple to seek blessings.

The film is based on a true story of the life of acid attack survivor Laxmi Agarwal. It is directed by filmmaker Meghna Gulzar. The film opened to positive reviews from critics and audiences. Film critic Saibal Chatterjee reviewed Chhapaak for NDTV and wrote: "Deepika Padukone notch up a few points in this commendable effort to bring a horrific true story to the big screen." He also described the storyline of the movie and said, "Chhapaak lays bare the ugly face of masculinity, the insensitivity of society and the inadequacies of the legal system through the tale of Malti Agarwal, a character modelled on the real-life Laxmi Agarwal, who fights back after a male acquaintance-turned-stalker throws acid on her in a Delhi market in 2005 and shatters her dreams of being "the next Indian Idol"."