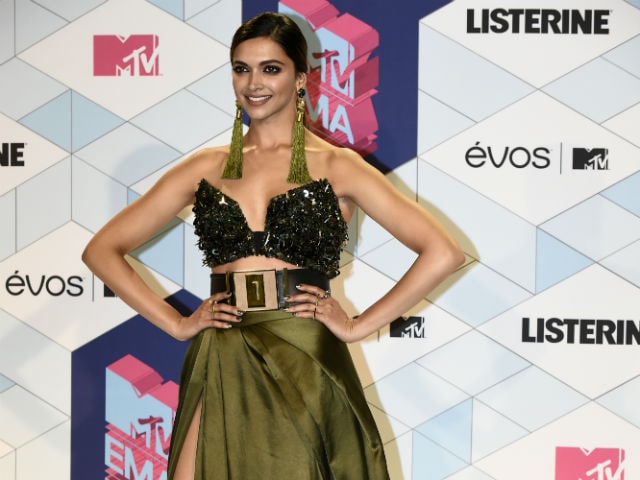 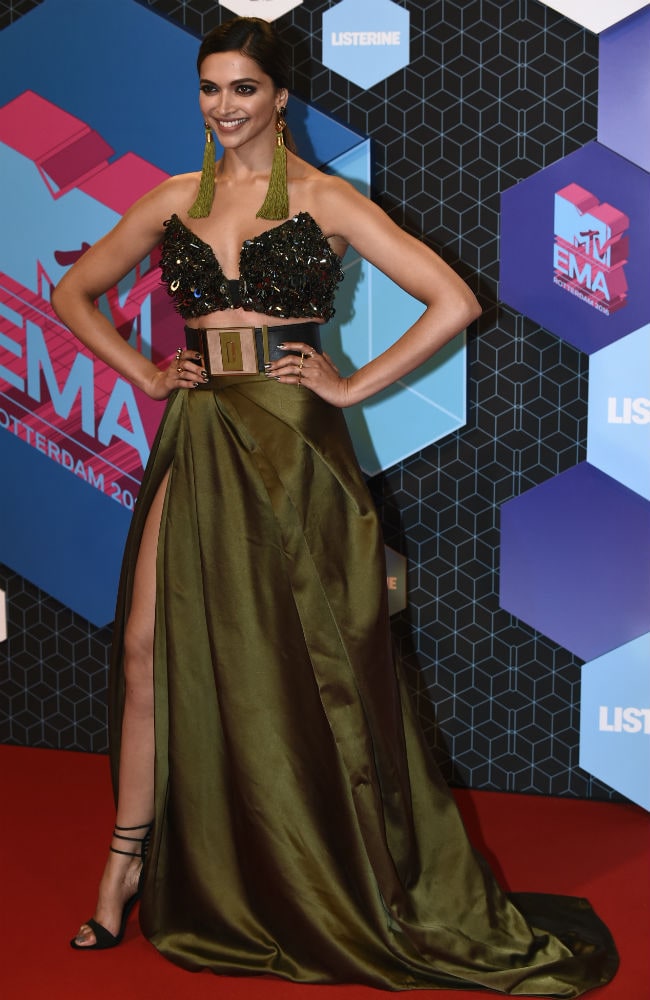 The faintly military style of the black and green outfit brings to mind Deepika's character from the film, the lethal Serena Unger. 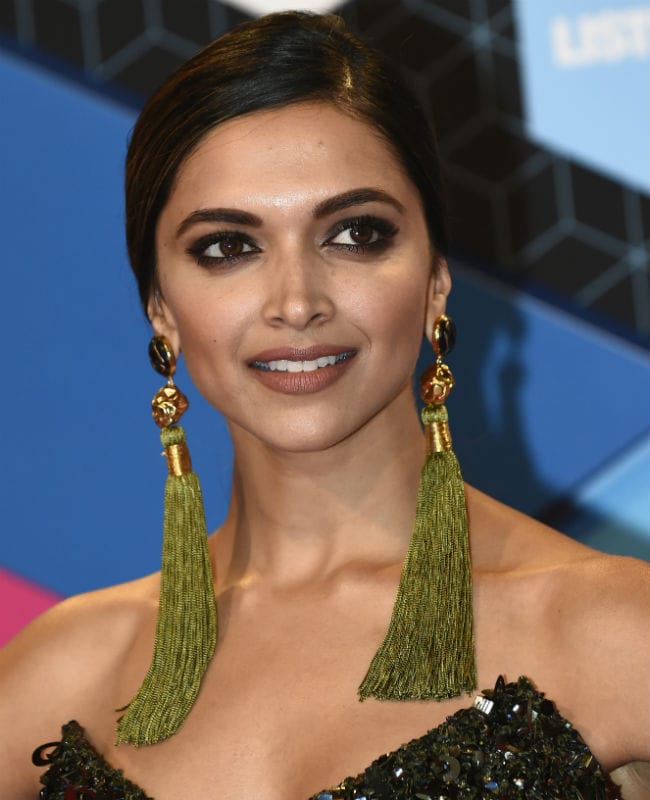 Along with celebrity stylist Shaleena Nathani, Monisha custom-made the outfit, which included a long, flowing skirt with a side slit, a broad belt, a shimmering green bustier and dangler earrings. 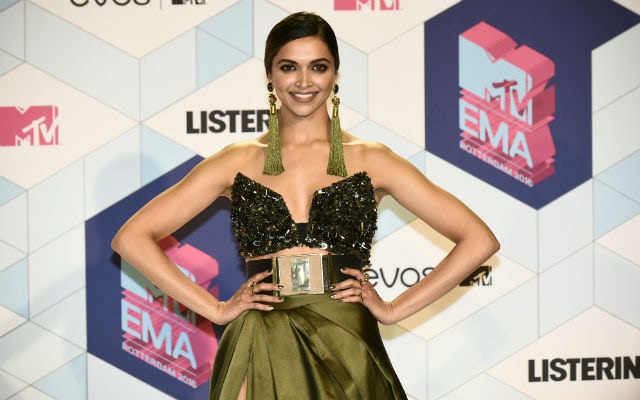 Deepika told DNA it was a 'pleasant surprise' to be asked to present an award.

Deepika and Nina even got pally off-stage.

Promoted
Listen to the latest songs, only on JioSaavn.com
Drake, Justin Bieber, Shawn Mendes and The Weeknd were the biggest winners at the show. Among the big performers was singer-songwriter Bruno Mars. 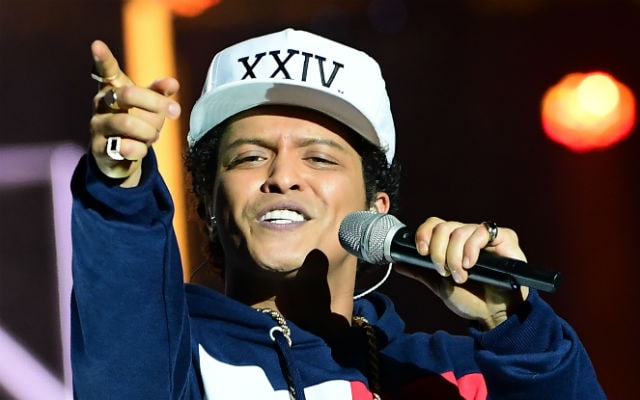 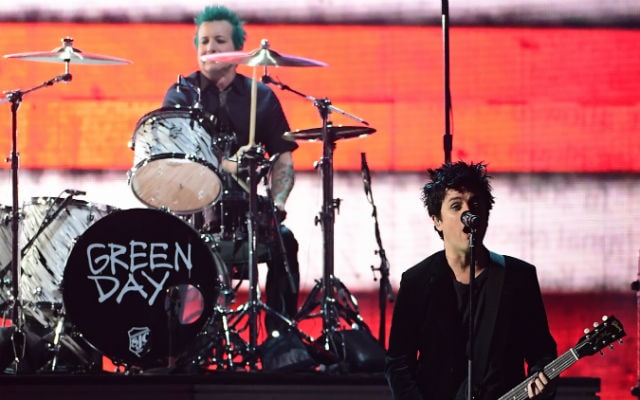 Months ago, Deepika Padukone was featured in an exclusive Vanity Fair line-up of stars to watch out for. She's certainly giving the world something to look at.