Deepika Padukone 'Didn't Give Too Much Away' About Her And Vin Diesel. Or Did She? 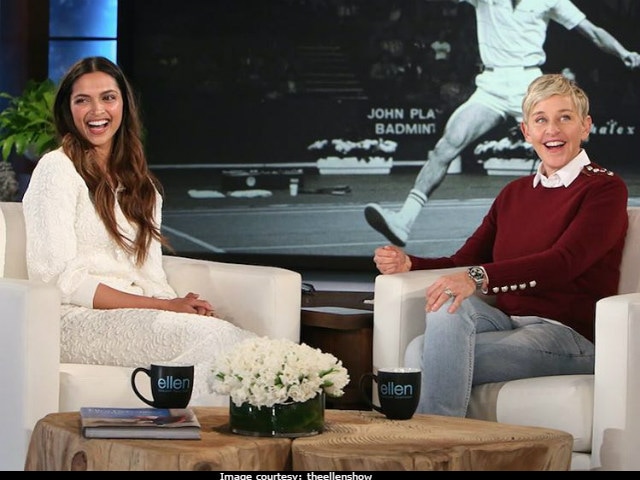 New Delhi: Deepika Padukone, who famously chooses her words carefully, is surely the least likely celebrity to make for explosive copy. So it was with a tinge of surprise and disbelief that we read and reported what she said to TV host Ellen DeGeneres, hinting at a possible romance with or at least a crush on xXx: The Return Of Xander Cage co-star Vin Diesel. 'We have amazing babies, but in my head," said the 31-year-old actress. Could The Dimpled One really have said "There's no smoke without a fire" when Ellen asked her if she and Vin were dating (because that's the rumour, apparently)? She could and she did. "We didn't give away too much, did we?" Deepika asked in a mischievous tweet late last night:

.@DeepikaPadukone made her US talk show debut to possibly tell me if she's dating Vin Diesel. pic.twitter.com/aNTsHKDcxs

beyond thrilled & overwhelmed with the amazing response & reactions to #SerenaUnger!#xXx:ReturnOfXanderCage
Thank You for all the LOVE!

"If your dreams don't scare you, they aren't big enough," she quoted Muhammad Ali in another tweet.