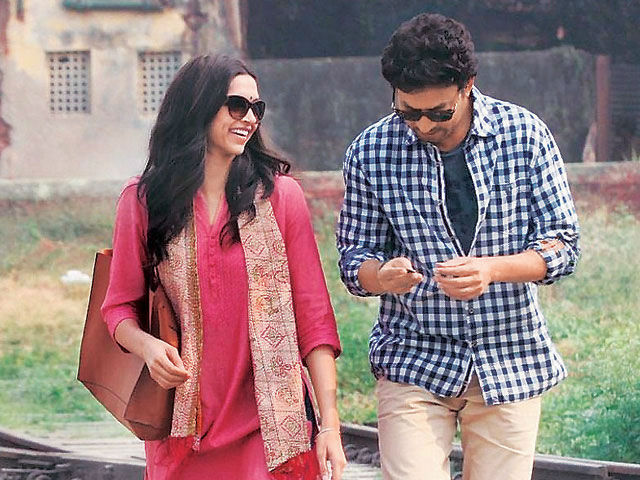 Deepika Padukone and Irrfan Khan in a still from Piku

New Delhi: Actress Deepika Padukone has signed her next film after Padmavati and it reunites her with Piku co-star Irrfan Khan, reports a film industry insiders. Trade analyst Taran Adarsh tweeted on Friday revealing that Deepika, 31, and Irrfan, 50, have been cast in a film to be co-produced by Vishal Bhardwaj and directed by Honey Singh, casting head for films like Raees, Udta Punjab and several Bhardwaj-directed movies including Maqbool, Omkara and Kaminey. The film doesn't have a name yet but is based on journalist S Hussain Zaidi's book Mafia Queens Of Mumbai, reports news agency IANS. Deepika will play gangster Rahima Khan, also known as Sapna Didi, and Irrfan's character helps her take on underworld boss Dawood Ibrahim, according to IANS.

"Deepika has been asking me to write a script for her for a long time. She heard this script and loved it. We are in an advance stage of discussion with her," Vishal Bhardwaj was quoted by IANS as saying.

Piku, which also starred Amitabh Bachchan, was directed by Shoojit Sircar and released in 2015. It received several plaudits, including top marks for the performances of Deepiak, Irrfan and Mr Bachchan.

Promoted
Listen to the latest songs, only on JioSaavn.com
Deepika Padukone is currently working on the historical drama Padmavati, directed by Sanjay Leela Bhansali and co-starring actors Ranveer Singh and Shahid Kapoor. Padmavati, in which she plays the title character, is based on the legend of how Rani Padmini of Chittor committed jauhar to escape invader Alauddin Khilji, played by Ranveer. The film has been dogged by controversy, with sets vandalized and its director assaulted in Jaipur by a fringe Rajput organization named Karni Sena that objected to supposed scenes depicting a romance between Rani Padmini and Emperor Alauddin Khilji. Filming was moved to Maharashtra's Kolhapur area where, again, the set was attacked and set on fire, damaging costumes and props. Nobody was hurt and none of the principal actors were present.