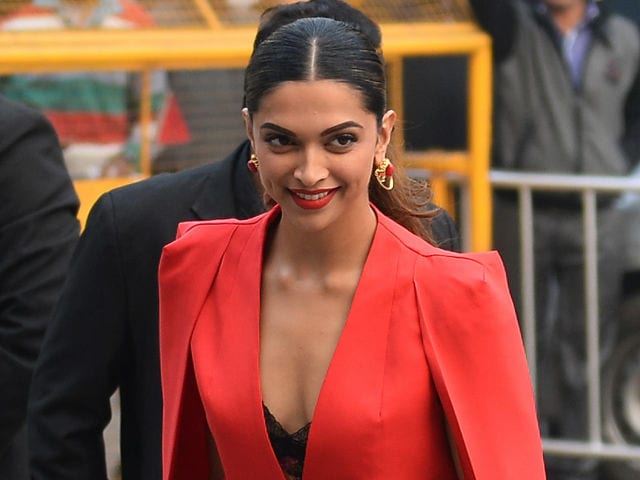 "I am happy that my hard work paid off," said Deepika. "It feels awesome," she added.

But was she surprised that it was Piku and not her turn as Mastani that won her the awards?

"No. I knew Piku was special, and yes Tamasha and Bajirao Mastani were there, but I'm glad I won for Piku. It has just given us all confidence that we can make films like these," she said.

But why would she choose to do a Vin Diesel film, an unlikely choice for an actress who literally carries the film on her shoulders back home?

"I don't know why everyone feels like this for me. As an actor, it's always been to challenge myself to do different things and this seemed the right choice," she said. Deepika also said that earlier she had turned down projects since "things didn't work out right."

The actress, who has no Hindi film release for 2016, said that she wants to focus on her new project for which she is nervous, after that, she will decide on what next.

And finally, the man of the moment at awards with her - her Bajirao Mastani co-star Ranveer Singh; Does she feel he has now come into his own as an actor?

"I always felt like that the three to four years I have known him, he has that energy and exuberance he brings to his craft. People are noticing it now and what a splendid performance he gave in Bajirao Mastani. I am so very happy for him," said Deepika.

What is it we must keep a watch on? "Family and health," said Deepika, who was in Delhi to promote watch brand Tissot. On her front some exciting news? Well, we certainly are waiting. Watch: