Deepika, Engaged? Hemaji's Tweet Made Fans Happy, For a Short While 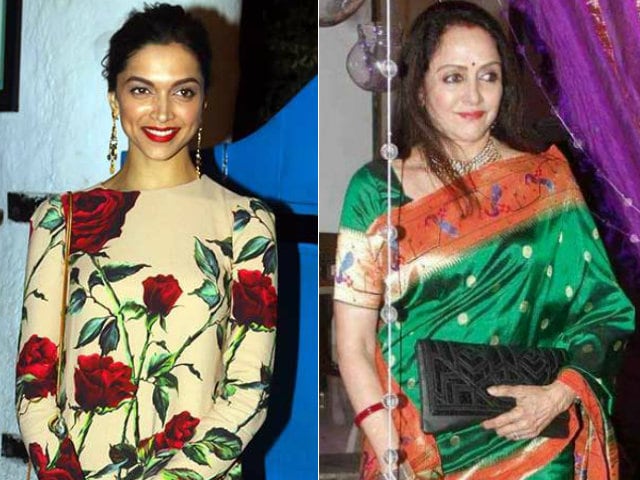 New Delhi: What's in a name? Turns out, a lot - if you happen to share yours with a celebrity. In a case of mistaken identity, actor-politician Hema Malini's tweet meant for a newly-engaged follower was intercepted by Deepika Padukone's fans, who instantly and erroneously assumed it The Dimpled One who Hemaji was congratulating.

Deepika, All good wishes on ur engagement! Pray God both of u have a bright future, happiness & joy in ur life together

No no! This is Deepika who is following me on Twitter! Not Ms Padukone!

By then, wishful thinking on the part of delighted fans had led to a shortcut to a happy ending - for the wrong Deepika:

@dreamgirlhema omg!!!! This news it true?

@dreamgirlhema what u did earlier,deepika doing the same. Breaking heart of million

Deepika Padukone and Ranveer Singh, co-stars from the films Bajirao Mastani and Ram-Leela, are believed to be dating although they have never officially acknowledged a romance. Neither are currently on Indian Standard Time - both are abroad on work - and so have not yet reacted to their short-lived virtual engagement.