Dear Deepika Padukone, Kapil Sharma Has A Special Message For You 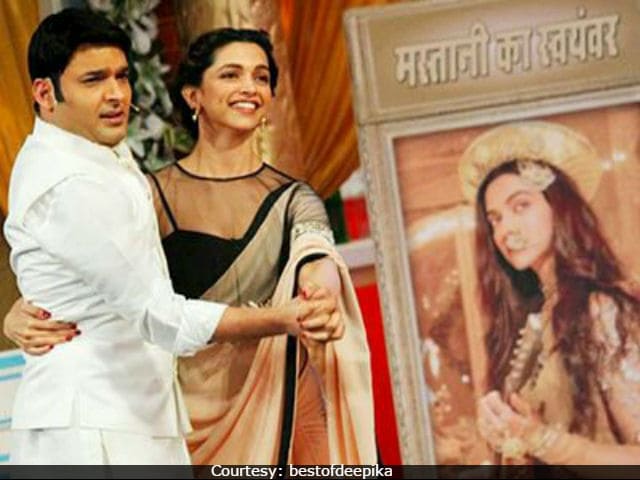 Deepika Padukone and Kapil Sharma on the sets of Comedy Nights With Kapil (Courtesy: bestofdeepika )

New Delhi: Kapil Sharma's 'love' for actress Deepika Padukone is no secret. The ace comedian has been quite vocal about it and recently, when he appeared on Karan Johar's chat show Koffee With Karan 5, he said that Deepika 'charms' him and she should understand his love. But, Kapil Sharma now hearts someone else and his love for Deepika Padukone is no more the same and he announced this via Twitter. In his post, Kapil, who introduced his girlfriend Ginni Chatrath to the world on Saturday, wrote, "@deepikapadukone deepu... now m not gona miss u .. hahahahaha.. love always (sic). With the tweet, he also posted a picture of his lady love. Check out the 35-year-old comedian's tweet:

Kapil's big announcement surprised everyone as on Koffee With Karan, he had simply denied about being in a relationship.

Speaking about Ginni, Kapil told Bombay Times, "Yes, I am getting married to Ginni and she is the love of my life. I have known her for 10 years since my college days in Jalandhar. I used to go to her college to do stand-up comedy. I fell in love with her first, then my mother fell in love with her and that's when I felt I should make it official. She not only completes me but is my better half."

Will not say she is my better half .. she completes me .. love u ginni .. please welcome her .. I love her so much:) pic.twitter.com/IqB6VKauM5

Promoted
Listen to the latest songs, only on JioSaavn.com
"The wedding should hopefully happen in January 2018. I know I've been flirting a lot with Deepika Padukone and other actresses on my show, but I guess now it's time for me to settle down. And I am happy that I have found whatever I wanted, in Ginni," told Kapil to Bombay Times.

Kapil Sharma became a household name from his show Comedy Nights With Kapilwhich later was titled The Kapil Sharma Show. He made his Bollywood debut with the 2015 movie Kis Kisko Pyaar Karoon.