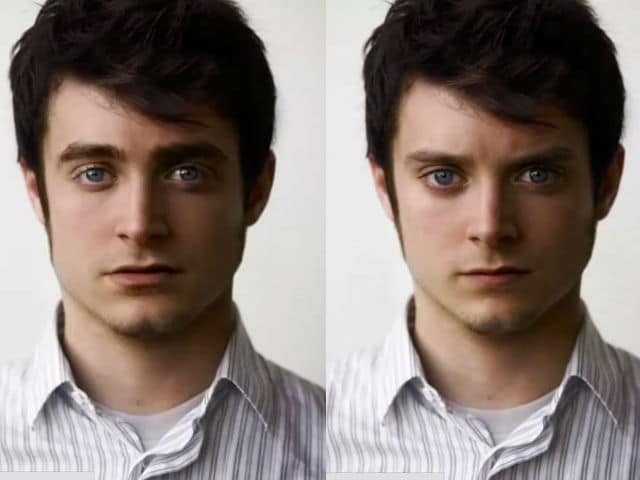 Stills from the GIF posted on imgur

New Delhi: One GIF to rule them all. Folks have long suspected that actors Daniel Radcliffe and Elijah Wood are the same person. It's just taken this long to find proof - below.

This lesson in Transfiguration showing them morph into each other has been watched over eight million times in a week on imgur. No wand or Polyjuice Potion required - McGonagall couldn't do better herself.

Almost 10 years allegedly separate Daniel Radcliffe, 26, and Elijah Wood, 35 - but really, are we expected to believe that any longer? The comments on the imgur thread certainly express disbelief.

"Plot twist: they're the same actor and he has a great make up artist," reads one. "Danielijah Woodcliffe," reads another.

This comment solves it, we think: "So, Elijah Wood is Daniel Radcliffe after years of influence by the Ring?"

Our lives have just been one long lie.