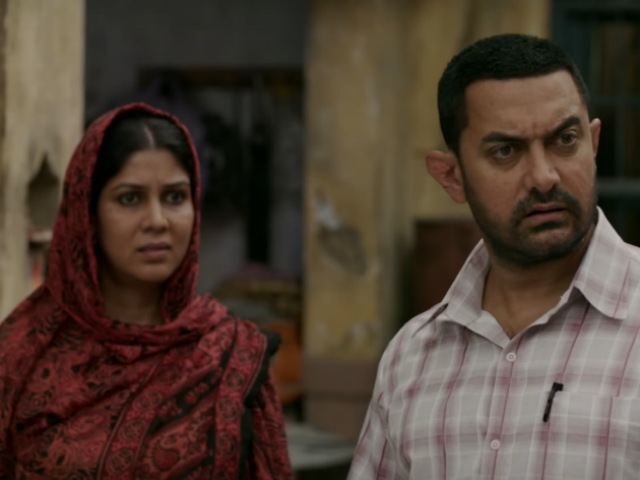 New Delhi: Television actress Sakshi Tanwar, who will soon be seen opposite Aamir Khan in Dangal has all praises for her co-star. Everyone knows how passionate Aamir is about his work and hence, he is referred to as Mr Perfectionist of Bollywood. Sakshi too believes the same and told news agency IANS that Aamir has a "child-like enthusiasm" and he is very passionate about everything that he does. In a video that was released last week by the makers of the film revealed how Sakshi got the role of Daya Kaur, wrestler Mahavir Singh Phogat's wife. It was Aamir's mother who recommended Sakshi's name. In the video, Aamir also praised Sakshi and said, "She gives her shot with honesty and sincerity."

The 43-year-old actress told IANS, "Aamir Khan has a child-like enthusiasm on everything that he does. During the script reading session and workshop even before shooting, he is involved in every step. He wants to know about things from the scratch like how a child would ask."

Dangal, directed by Nitesh Tiwari is based on a real life story of a wrestler from Harayana Mahavir Singh Phogat essayed by Aamir Khan, who trains his daughters Geeta and Babita Phogat played by Sanya Malhotra and Fatima Sana Sheikh in wrestling it is his dream to win an gold medal for India.

Futhermore, on Aamir's popularity, Sakshi told IANS, "While most of the actors will focus on dialogues and scenes to get the right emotion to perform, Aamir wants to understand every aspect of that scene. I think such involvement and immense passion for his work makes him who he is."

Dangal releases on December 23 and is one of the most-anticipated films of 2016.

In the video, Sakshi describes her Dangal experience as, "One day, the universe decided to be generous."

"Everything happened so fast that I did not get time to react much. Actually, it hit me recently when I saw the trailer. I was like, 'OK, that's me'. During the shooting, I was so much into my character and was focusing to get everything right, so I did not think much or take pressure of acting opposite Aamir Khan," said Sakshi to IANS.

Talking about her equation with her onscreen daughters, Sakshi told IANS, "All the four girls - Zaira (Zaira Wasim who plays young Geeta), Suhani (Suhani Bhatnagar who plays young Babita), Fatima and Sanya - are amazing, they are rockstars of our film. They are extremely talented performers."

Promoted
Listen to the latest songs, only on JioSaavn.com
Dangal is co-produced by UTV Disney and Aamir Khan Productions.