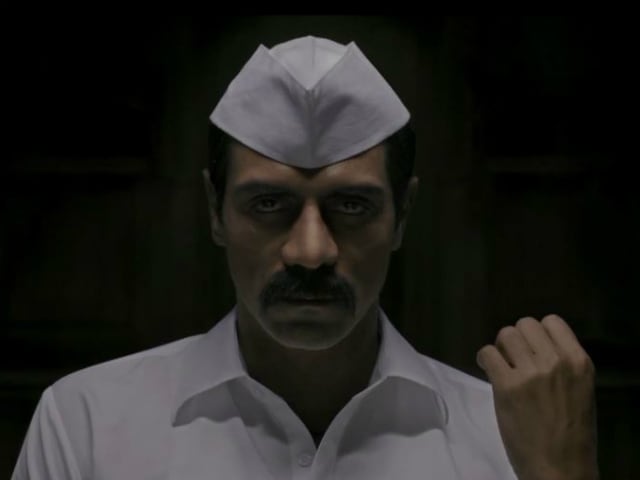 A still from the teaser of Daddy

New Delhi: Arjun Rampal surprised everyone for his striking resemblance to gangster-turned-politician Arun Gawli when he revealed the first look of the movie Daddy on Tuesday. Arjun features as the protagonist in Daddy, which is based on the life of Arun Gawli, who created his own political party Akhil Bharatiya Sena in Maharashtra after living the life of a notorious gangster. The biopic gets its name from the fact that Maharashtrian locals, who admired and respected Gawli, called him 'Daddy'. The teaser begins with Arjun, dressed typically like a politician in white kurta-pyjama, being interrogated rigorously. However, Arjun tackles each question with the ease and calm, which is nothing short of eerie.

The teaser is also punctuated with snippets of Arun Gawli's exploitation and heinous crimes ranging from murder to loot. Arun Gawli was convicted and jailed for the murder of Shiv Sena municipal councillor Kamlakar Jamsandekar in 2012. Daddy will be directed by Ashim Ahluwalia.

The 44-year-old actor received a shout-out from Abhishek Bachchan, who is rather impressed:

Watch the teaser of Daddyhere.

Promoted
Listen to the latest songs, only on JioSaavn.com
Arjun Rampal was eager for a positive response for the first look, which was indeed delivered on time:

Here it is guys the first look of #Daddy let me know your thoughts. #Daddy#Eros#Erosnow#comingsoonpic.twitter.com/R3J1QMkeRv

Last seen as a guitarist in Rock On 2, Arjun Rampal will feature as a cop in this week's Kahaani 2. Directed by Sujoy Ghosh, Kahaani 2 also stars Vidya Balan.