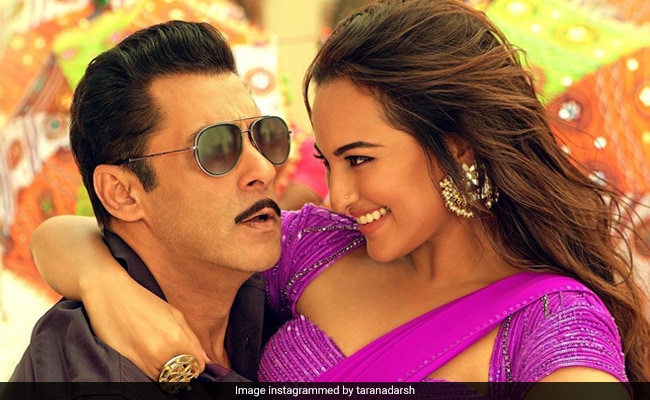 Dabangg 3, starring Salman Khan and Sonakshi Sinha, witnessed a dip in its business on the second day and it collected Rs 24.75 crore, reports Bollywood trade analyst Taran Adarsh. The film is inching closer to the Rs 50-crore-mark and it has garnered over Rs 49.25 crore within two days of its release. According to Taran Adarsh, the high-octane action film witnessed a dip in some parts of the country due to ongoing protests against the Citizenship (Amendment) Act. In his tweet, Taran Adarsh also stated that the film is expected to witness a "turnaround" on Day 3 (Sunday).

Dabangg 3 had an excellent start on its opening day. The film collected Rs 24.50 crore on Friday alone.

The film might have had a great start at the box office but Dabangg 3 opened to largely negative reviews. In his review for NDTV, film critic Saibal Chatterjee gave the film 1.5 stars out of 5 and he wrote: "Dabangg 3 is an all too formulaic one-way street that holds no surprises at all. It goes nowhere we haven't been before."