The song is sung by Sukhwinder Singh 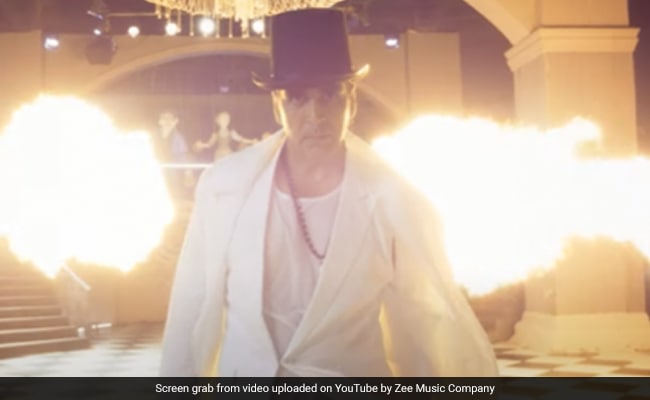 The new song from Akshay Kumar's film Cuttputlli is a thoroughly glamorous affair. The track titled Rabba has Akshay Kumar matching steps with Rakul Preet Singh and a host of background dancers. While the actor is dressed in a white suit, he is also sporting black jewellery and nail polish, lending an eerie element to the look. Rakul Preet, meanwhile, looks ravishing in red. The set also features a host of puppets in the background, alluding to the title of the murder mystery. Singer Sukhwinder Singh has lent this voice to the catchy number that has been composed by Omar Malik and Dr Zeus. Omar Malik has also written the lyrics for the song.

Rabba seems like the perfect fit for Cuttputlli, a crime thriller. In the film, Akshay Kumar plays a police officer, who is on a mission to nab and stop a serial killer. Akshay shared the trailer a few days ago and wrote, “3 murders, 1 city, a cop, and a serial-killer out on the loose. Cuttputlli drops on 2nd September, only on Disney + Hotstar.”

At the film's trailer launch, ANI quoted Akshay Kumar as saying: “Set once upon a time in Kasauli amidst the backdrop of nature's beauty, the film unveils incidents of ugly killings. It's filled with enthralling twists and turns. I play an underdog investigation officer, Arjan Sethi who is on a trail to catch the psychopath killer whose motives are unpredictable and unclear.”

In addition to Rabba,the team has also released another song Saathiya, which is a romantic number centred around Akshay Kumar and Rakul Preet Singh's characters.

Cuttputlli starring Akshay Kumar and Rakul Preet has been directed by Ranjit M Tewari. The film, which also stars Sargun Mehta and Chandrachur Singh in pivotal roles, has been produced by Vashu Bhagnani, Jackky Bhagnani and Deepshikha Deshmukh.