"I was thinking about my kids and my life and my wife and everything," said Sanjay Dutt 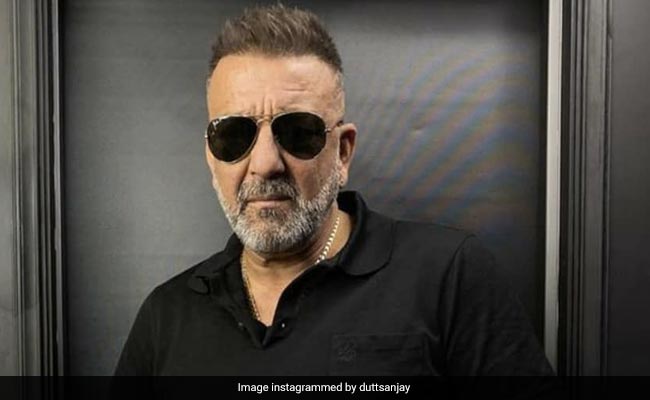 Sanjay Dutt, who is basking in the success of KGF: Chapter 2, in a recent podcast with YouTuber Ranveer Allahbadia, recalled the time when he was diagnosed with cancer and how he dealt with it. The actor revealed that he "cried for over two-three hours" thinking about his family. He said during the podcast: "How to break it to me, that was a big issue. I could have broken somebody's face. So, my sister came and told me. I said, Okay, I got cancer, now what? Then you start planning things, will do this and that... But I did cry for over two-three hours because I was thinking about my kids and my life and my wife and everything. These flashes come and I said, I am going to stop getting weak."

Speaking of his treatment, the 62-year-old actor said, "They told me that I'd lose hair and other things would happen, I'd vomit, so I told the doctor mereko kuch nahi hoga (nothing will happen to me). I'll not lose hair, I'll not vomit, I won't lie on the bed, and she kind of smiled. I did my chemotherapy, and I came back and I sat on that bike for one hour and I cycled, I did that day after day, every day. After every chemo I did that." He added, "It was crazy, I used to go for chemo, Dubai, and then I used to go to the badminton court and play for two-three hours."

In August 2020, Sanjay Dutt announced that he is taking a break from work because of his health issues. A few months later, on his kids Shahraan and Iqra's 10th birthday, he shared an update on his health and he wrote: "The last few weeks were very difficult time for my family. But like they say, God gives the hardest battles to his bravest soldiers. And today, on the occasion of my kids' birthday, I am happy to come out victorious of the battle and be able to give them the best gift I can - the health and well-being of our family," read an excerpt from his post.

In terms of work, Sanjay Dutt will next be seen in Shamshera, with Ranbir Kapoor and Vaani Kapoor. He will also star in Prithviraj with Akshay Kumar, Sonu Sood and Manushi Chhillar.