"With a comic book sensibility, all the rules can go out of the window," says the production designer of the show 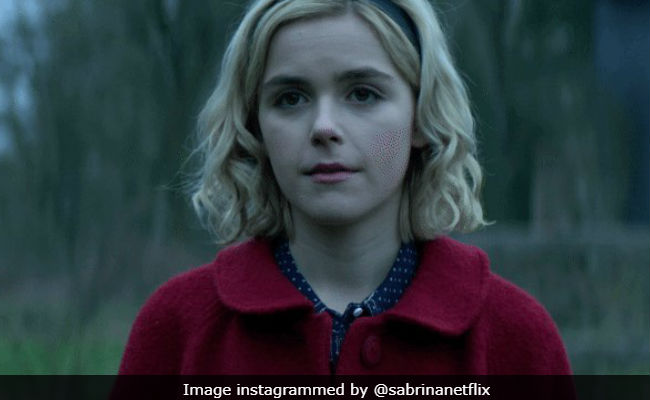 Lisa Soper, production designer of Chilling Adventures Of Sabrina, feels that Sabrina The Teenage Witch was a nod to the original Archie Comics whereas the new Netflix project is a nod to the new chilling adventures. Ever since the reboot of Sabrina was announced last year, its loyal fans had been waiting for its new take on it. But for Lisa Soper, it was important that the new series had a voice of its own, and so, no reference points were taken from Sabrina the Teenage Witch, a supernatural sitcom that had premiered in 1996 with actress Melissa Joan Hart as Sabrina Spellman.

"If I tried to recreate something from the 90s' show, I would just be taking something else that other people did very well and trying to form it into something this series is not," Ms Soper told IANS.

She felt there could be two great versions of Spellman. "I feel that the Nineties Sabrina nodded to the original Archie Comics whereas ours is a nod to the new chilling adventures," she said.

There are already a lot of American supernatural shows. How did she plan to make the set of Chilling Adventures Of Sabrina different and spookier?

"By first breaking the bonds of being locked into a specific time and place that existed, then embracing my animation side to attempt at tapping into an alternative view of horror while holding onto the emotion we wanted the sets to convey," she said.

"With a comic book sensibility, all the rules can go out of the window. Guided by the twisted nightmares of Hieronymus Bosch and the 'Regnum Congo', Sabrina's adventures can resemble an animated tarot reading," she added.

In order to make Sabrina the most chilling adventure on television, the show's team could not just make the screen "darker and bloodier."

Riverdale showrunner Roberto Aguirre-Sacasa serves as the Chief Creative Officer of Archie Comics and has penned the script for Chilling Adventures Of Sabrina.

He had once said the team of Sabrina would be doing an episode that's like The Exorcist. Did Soper take a cue from the 1973 film?

"Yes, there were definitely iconic nods to The Exorcist, but when it came to the actual exorcism, we wanted to create what an exorcism in our world would look like," she shared.

Horror author and filmmaker Clive Barker also contributed to the series. Recalling how she selected his artwork for it, she said: "I was connected to Clive through our clearance team. I wanted to try and clear some of his works for the show, and one of the ladies that runs our clearance at WB knows him well and connected me with Clive."

"We spoke on the phone about art, horror, the sacred spiral, and at the end of a long beautiful conversation, Clive said to me that it was just not the same speaking about art, and that I had to come down for the weekend to go through the works with him. He said 'We have such sights to show you'. After having Clive Barker quote pinhead to me, I grabbed a flight and had an incredible visit where Clive and his partner took me in as their guest. We picked out selects that drew the story into another layer of depth not replicated any other way."