The series revolving around a corner shop and pub in a fictional town in northern England called Weatherfield was first aired on December 7, 1960 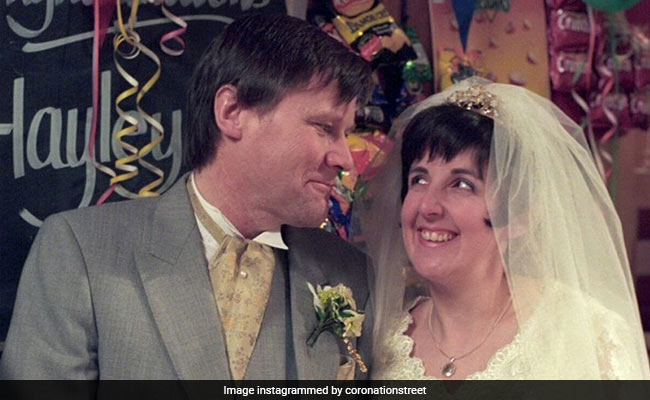 The world's longest-running TV soap opera, Britain's cosy working-class series Coronation Street, celebrates 60 years on screen on Wednesday, defying social changes and the pandemic. Pealing cathedral bells, a discussion in parliament and stamps featuring characters were among the special events marking the anniversary. The series revolving around a corner shop and pub in a fictional town in northern England called Weatherfield was first aired on December 7, 1960. It was expected to run for a couple of months but it proved an instant hit.

Since then, the show, with its battleaxe matriarchs, cobbled streets and nostalgic trumpet-led theme music, has kept its place as one of the top-rated shows on commercial channel ITV.

Known as "Corrie" for short, a decade ago it became the world's longest-running television soap opera, still lagging behind the 69-year-old BBC radio show The Archers.

It vies for ratings with the BBC's darker Eastenders, set in a fictional east London borough, which is a comparative newcomer at 35.

The show's speciality is "strong women and feckless men", he said.

While characteristically English, the show has an international audience too, particularly in Canada, where it has aired on CBC since the 1960s.

"Generations of Canadians have grown up with Corrie in their homes," said Sally Catto, CBC's general manager of entertainment, factual and sports programming.

Coronation Street's national treasure status at home has even seen it play a role in public life.

Margaret Thatcher visited the set in 1990 while prime minister.

As the daughter of a grocery store owner, she lambasted the corner shop for selling alcohol, the minister for media and data, John Whittingdale, reminisced in parliament last week.

In 1998, the boundary between fiction and fact blurred as Labour prime minister Tony Blair said he was ordering an investigation into the case of character Deirdre Rachid, wrongfully jailed for fraud.

In real life, Blair's father-in-law, Tony Booth, was a former actor on the show.

Critics have accused the show of losing some of its character and salty humour, and resorting to sensational events to win ratings.

"It was always about strong women. Over the past decade they've moved from character to dramatic flashes of action," the Sunday Times critic Gillian Reynolds lamented in August.

Indeed the show's dramatic high points have included a tram crashing off a viaduct on its 50th anniversary. Altogether there have been 146 deaths, including 24 murders.

Yet the show has won praise for groundbreaking storylines, including the first trans character in a British soap opera, Hayley Cropper, in the late 1990s.

Its audience has fallen from its heyday in the 1980s and 1990s, when top-rating episodes would gain over 20 million viewers.

Reflecting a wider shift away from scheduled television, episodes now may have seven or eight million viewers, including those watching online.

To celebrate 60 years, Salford Cathedral near where the show is filmed will ring its bell for two minutes in memory of the show's late creator Tony Warren, who was born in the city.

The makers admitted they cancelled a dramatic storyline planned for the 60th anniversary because the virus made it impracticable.

But The Times newspaper praised the stripped-back Covid-era show for bringing a "sense of real life back to storylines".

Nevertheless, Whittingdale accused the show of a lack of realism, arguing that as Weatherfield is based on Salford in Greater Manchester, it would be under the harshest Tier 3 anti-virus restrictions.

"I fear that it is almost certain that Weatherfield would still be in Tier 3," he said during a parliamentary debate on December 2.

He pointed out that this would mean that the pub, the Rovers Return, "would be able to supply only a takeaway service".

The Conservative minister was speaking as a former actress in the show and now Labour MP, Tracy Brabin, led a debate for the anniversary.

"If there is one thing in our country that can cross political divides, it is our love of 'Coronation Street,'" she said.