Coolie No 1 Song Husnn Hai Suhaana: You won't be able to stop yourself from grooving to this song 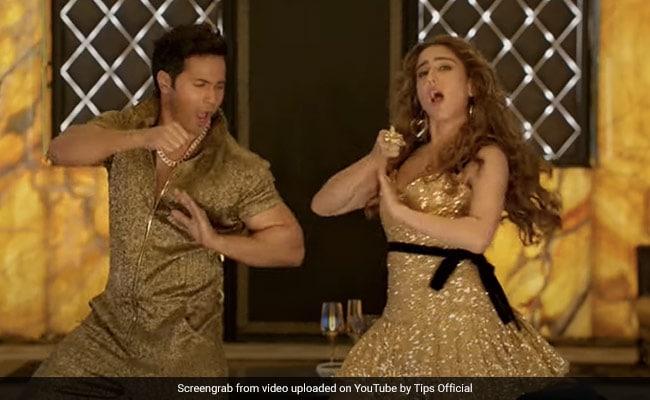 Varun Dhawan and Sara Ali Khan's song Husnn Hai Suhaana from their upcoming film Coolie No 1 is the new party anthem. The makers of Coolie No 1 released the new track from the film's playlist on Wednesday and it will give you 90s vibe all over again. You won't be able to stop yourself from grooving to this song, which is a redux of Govinda and Karisma Kapoor's track Husn Hai Suhana from their 1995 film Coolie No 1. In the new track, Sara and Varun gave a fun twist to Govinda and Karisma Kapoor's steps from the original film. Varun Dhawan and Sara Ali Khan's film is a remake of the 1995 film. In the party song, Sara Ali Khan and Varun Dhawan dance their hearts out.

Sharing the music video on social media, Sara Ali Khan wrote this rhyming caption: "Mujhe kuchh karna hai announce. So get ready for some masti, dance and bounce. I'm excited with my every ounce. Go running to watch our song, come on - time to pounce. Husnn Hai Suhana out now."

Last week, peppy track Teri Bhabhi from Coolie No 1 was dropped on the Internet. In case you haven't seen that song yet, take a look now:

Coolie No 1 is directed by Varun Dhawan's father, filmmaker David Dhawan, who also helmed the original film. The new film will release on December 25.