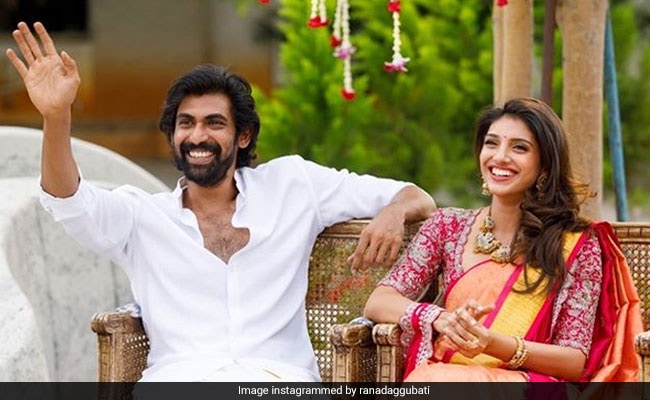 South star Rana Daggubati and fiancee Miheeka Bajaj are officially engaged now and their big announcement has sent the Internet into a meltdown. In no time, congratulatory messages started pouring in for the couple from the likes of Anil Kapoor, Shruti Haasan, Dia Mirza, Vikram Prabhu and Sonam Kapoor's sister Rhea Kapoor among many others. After Rana Daggubati shared a beautiful picture from their engagement ceremony, Anil Kapoor commented: "Congratulations! Please wish your better half from my side, my Hyderabad son....love to the family." Anil Kapoor's daughters Sonam and Rhea Kapoor share a close bond with Miheeka.

Screenshot of Shruti, Dia and Sophie's comments on Rana's post.

Miheeka also shared two pictures from the ceremony on social media with adorable captions - "To the beginning of forever" and "My happy place." The first one to react to her posts was Sonam Kapoor's husband Anand Ahuja, who is also a good friend of the interior designer. He wrote: "Whoa! Yay!" Rhea Kapoor also showered the couple with love. She dropped several heart emoticons on one of Miheeka's posts. Screenshots

Actors Varun Tej, Sivakarthikeyan and Rashmika Mandanna were among those who wished Rana Daggubati on Twitter. Take a look at their congratulatory messages:

Rana Daggubati confirmed his engagement with Miheeka last week with a simple yet sweet post. He shared a picture of themselves with this caption: "And she said yes!" Check out the photo right now: