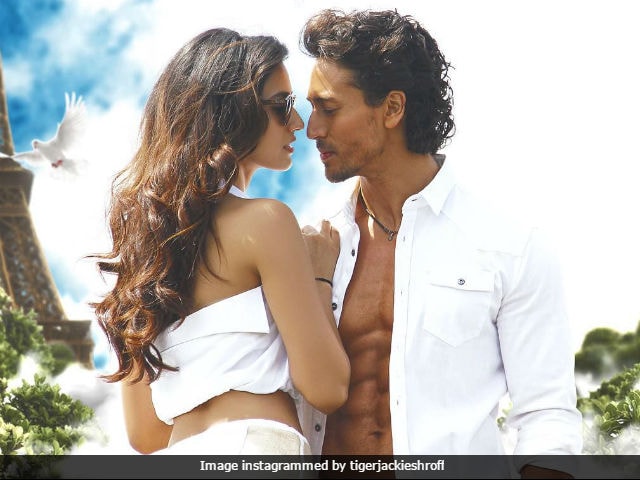 New Delhi: This will make fans of Tiger Shroff very, very happy. Disha Patani has been roped in to star opposite Tiger Shroff in Baaghi 2, confirmed filmmaker Sajid Nadiadwala. The makers revealed that the first screen test of Tiger and Disha together convinced them to zero in the actress for the Baaghi sequel. "When we did the look test of both of them together, we were convinced with their chemistry and about Disha being the perfect choice for the role. I am really happy with my cast and very excited to kick start the project with them," Mr Nadiadwala said in a statement. 2016's Baaghi featured Shraddha Kapoor opposite Tiger Shroff.

Tiger Shroff and Disha Patani are rumoured to be dating and have co-starred in Befikra, a music video by the Meet Bros.

Promoted
Listen to the latest songs, only on JioSaavn.com
Baaghi was the first time Tiger and Shraddha were cast together, in which the 30-year-old actress also featured in a number of action sequences. For the sequel, director Ahmed Khan wants the fight scenes to have a different in flavour from the first one. Tiger will train for his revamped role under the guidance of special martial arts director Tony Ching. Tiger, who is a fitness enthusiast and martial arts expert, will undertake extensive training in Bak Mei, Choy Li Fut and Wing Chun and different styles of Wushu. Tiger will reportedly head for Hong Kong in July and train there for a month.

Disha Patani made her Bollywood debut with the 2016's M S Dhoni: The Untold Story. Indo-Sino project Kung Fu Yoga remains her last film. Meanwhile, Tiger Shroff is finishing the remaining parts of Munna Michael and also has the Bollywood remake of Rambo in the pipeline.