Choked Star Saiyami Kher On Her Role In The Film

"It's so liberating as an actor to get a role like this," said Saiyami Kher 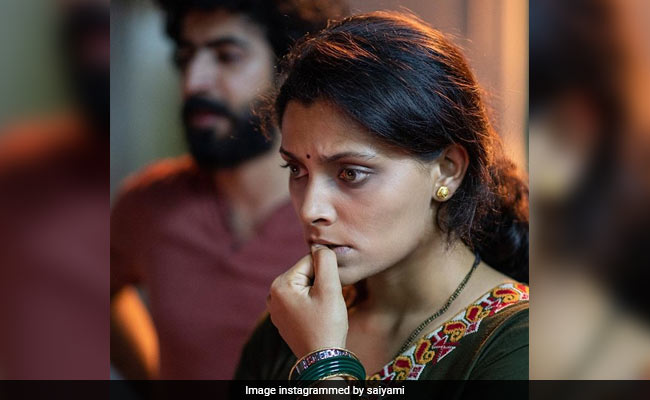 Saiyami Kher in a still from Choked. (Image courtesy: saiyami)

Actor Saiyami Kher says people always imagined her in glamorous roles but when Anurag Kashyap offered her the part of a working middle class mother in Choked: Paisa Bolta Hai, she knew she had landed a good film. Saiyami Kher, 28, who made her Hindi film debut with Rakeysh Omprakash Mehra's Mirzya, said Kashyap selected her for the role of Sarita Pillai soon after their first meeting, but it took her, co-star Roshan Mathew and scriptwriter Nihit Bhave time to convince him to complete the film. The actor has been praised by critics for her restrained performance as a working mother stuck in a boring job in the Netflix movie, which started streaming from Friday.

"No one imagined me to carry off this non-glamorous avatar where people would, for some strange reason, imagine in awkward item numbers. That's really not the person I am. Anurag Kashyap backed me on the film when people said 'why are you taking this one. He backed me when there were big names saying, they wanted to work with him. What I really admire about him is that once he gives his word, he will stick to it, which is rare in this industry," she told news agency PTI in an interview.

Saiyami, who joined the project in 2017, was so determined to get the film made that she said she would turn up on Anurag Kashyap's sets to remind him about his commitment.

"When I came on board, he said we will shoot it soon. Meanwhile, scriptwriter Nihit Bhave and I became good friends and he told me that he has been hearing this since 2013. I promised Nihit I will nag him till he makes the movie," the actor said.

She recalled how she would get strange glances from Anurag Kashyap's crew for turning up on the sets of Sacred Games and Lust Stories.

"I didn't know anyone on the set except for Nihit and everyone would wonder 'Why is this Mirzya girl here every day?' Then Manmarziyan happened. When Roshan was cast, we got him in our team to corner Anurag to make the movie," she said.

The process of shooting the film was completely different from what Saiyami's experience so far, which was to be ready with her lines.

Anurag Kashyap, in the same interview, said he would not give them lines as he wanted to extract performance out of improvisations, something that threw the actors off initially.

"Anurag sir made it so easy on the sets. He would be like you know what you are doing whether we had lines or not. It almost felt like a big rehearsal and AK would forget to call 'action' or 'cut' and we would keep improvising. It's so liberating as an actor to get a role like this. It has been completely worth the wait," she said.

Saiyami, who is the granddaughter of yesteryear actor Usha Kiran and actor Tanvi Azmi's niece, initially felt insecure about not preparing for her lines in advance but she eventually fell in love with the style.

"We will be on the set and sometimes not even get the scenes because AK (Anurag Kashyap) would be like 'don't give them lines yet.' We were thrown at the deep end but once I was comfortable with it, I was very happy. I guess there is some spontaneity that's lost in over preparing."

"Some of the best moments in the film, including a funny scene where she and Mathew are arguing with the child actor in the middle or the one in which she is venting out to Amruta Subhash, her neighbour, about her marriage, evolved during improvisation," she said.